The Dance of Synchronicity and Unexpected Meaning

Home » The Dance of Synchronicity and Unexpected Meaning
By Hilary Molina|Published On: January 5th, 2017|Categories: Alumni| 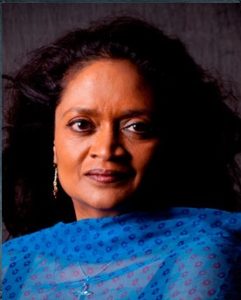 The comparative mythologist Joseph Campbell, in the Power of Myth interview series, recalls a fascinating idea put forward by German philosopher Arthur Schopenhauer. He says, “… when you reach an advanced age and look back over your lifetime, it can seem to have had a consistent order and plan, as though composed by some novelist. Events that when they occurred had seemed accidental and of little moment turn out to have been indispensable factors in the composition of a consistent plot. So who composed that plot? Schopenhauer suggests that just as your dreams are composed by an aspect of yourself of which your consciousness is unaware, so, too, your whole life is composed by the will within you. And just as people whom you will have met apparently by mere chance became leading agents in the structuring of your life, so, too, will you have served unknowingly as an agent, giving meaning to the lives of others. The whole thing gears together like one big symphony, with everything unconsciously structuring everything else” (Campbell & Moyers, 1988, pp. 283-4).

This marvelous description of life’s unfolding captures the basic premise of my work with individuals and organizations.

Certain instances of these “seemingly accidental” events that turn out to be indispensable factors were given the name “synchronicity” by the Swiss psychiatrist Carl Jung. Also known as “meaningful coincidence,” a synchronicity can constitute an event so powerful it can completely reorganize our lives and effect profound change.

Very simply, a synchronicity is the phenomenon where an inner thought, fantasy, image, or dream is matched by an event in outer reality, but with no chance of one event causing the other. If there is no causal connection between the two events, what is the connecting principle between them? Jung proposes such events are connected by meaning.

In other words, reality can be understood to be organized in two ways: One is by cause and effect, where actions have consequences that ripple out from each other, interacting in complex ways; the other is by synchronicity, where meaning attracts events together that resonate or match meaningfully, or possess similar patterns.

A small example illustrates this concept. A therapist was discussing the sorry state of a client’s marriage, which the client refused to acknowledge. In frustration, the therapist exclaimed that the marriage was like a car wreck! As he uttered the words “car wreck,” an explosive car accident occurred just outside the office, and the shaken client finally got the message.

Note that the therapist did not cause the car wreck to occur by saying “car wreck” – nor did the car wreck cause the therapist to utter those words. There is unmistakable meaning connecting the two events. Many would dismiss such events as mere coincidence, but when viewed collectively over the trajectory of a person’s life, very often a larger pattern emerges that cannot be so easily dismissed.

This idea that meaning can be a connecting and organizing principle of reality is radical because it suggests meaning is not only something humans create but also something that exists objectively, in nature, apart from human influence. This flies in the face of the random, impersonal universe most scientists propose.

Nearly everyone remembers such an event from their own lives. I became fascinated by synchronicity’s influence in shaping my own life, appearing at critical points along my path and forever altering my course. Synchronicities abound during transformational cycles and periods of highly charged emotion. As this became the focus of my doctoral research, it became apparent that what happens to us has a trajectory; it bends towards something in the future. What this something is, is revealed in dreams and synchronicities.

My research findings changed my understanding of how the world works. No longer a mere conceptual construct within which to experience an apparently random existence, life itself participates in the dialogue of who we are and who we were born to become. My work now focuses on helping individuals excavate their life story to reveal deeper purpose which often becomes obscured in the course of working and caring for children or others. It also helps individuals participate for themselves in this exceptional dialogue with life.

This approach has significant implications for organizations regarding how objective meaning can constitute a vehicle of change and transformation at a collective level as well.

My workshop titled “Dancing with Surprise: Fate, Synchronicity and Unexpected Meaning” takes place Wednesday, January 11, 2017, from 9:30 am to 12:30 pm at the Fess Parker Resort in Santa Barbara, CA during Fielding’s Winter Session 2017. We will be exploring mythology and symbols from our own lives to remember true identity. We learn to recognize the stages of transformation and which stage-appropriate actions produce optimum benefit. We also explore how these findings can be applied to organizational contexts.

Please join me in this exciting journey into the inner depths!

Cynthia began a nearly 30-year career in aerospace in a variety of roles including test engineering, project management, and systems engineering. After receiving an M.B.A., she led independent research and development projects and created strategic technology roadmaps before moving into knowledge management and organizational learning, training, and development. Along the way she also mentored many young women in engineering and coached managers and executives.

These varied roles and experiences led to a passion for personal and organizational transformation which informs her work as a coach and consultant today. Cynthia’s doctoral research explored the experience of meaning in life-changing synchronicities from the twin perspectives of Jungian psychology and organizational complexity. She developed a framework integrating the two which she uses to teach individuals and organizations the stages, patterns, and dynamics of the transformation cycle, and how to optimize the value and creative potential of uncertainty.