The Doctrine of Discovery: Unmasking the Domination Code

This presentation explores how the Doctrine of Discovery provides the larger historical context for Pope Francis’ recent trip to Turtle Island (“Canada”) and the various calls for truth and reconciliation. Understanding the Doctrine of Discovery is critical in understanding how Indigenous policy today has been informed by our past. Issues addressed include challenges to Tribal sovereignty, land stewardship and loss,  “boarding schools” in the United States as well as “residential schools” in Canada. Such understandings allow us to reflect on how and in what ways we can make meaningful change, that lead not just to reconciliation, but also to liberation for all individuals.

You are invited to a Zoom meeting.

Register in advance for this meeting: 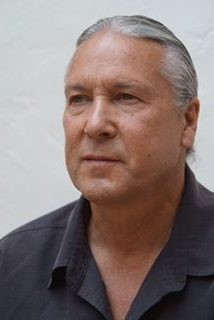 Steven Newcomb (Shawnee) is co-founder and director of the Indigenous Law Institute, which he founded with traditional Oglala Lakota headman Birgil Kills Straight (1940-2019). Newcomb is also the director of Original Nations Advocates, and he has been studying and writing about U.S. federal Indian law and policy and the Doctrine of Discovery and Domination for some four decades. His work focuses on the contrast between the free existence of our Native nations and peoples, extending back to the beginning of time, and the system of domination that was brought by ship across the Atlantic Ocean and imposed on everyone and everything. There is an additional contrast between the ecological and spiritual wisdom of original nations and peoples, and the patterns of domination and dehumanization used for centuries against Indigenous nations and peoples on the basis of the Vatican papal documents and royal charters. Newcomb published many of his findings in his book Pagans in the Promised Land: Decoding the Doctrine of Christian Discovery (2008), and he is co-producer of a documentary movie The Doctrine of Discovery: Unmasking the Domination Code, directed by Sheldon Wolfchild (Dakota), a movie which is based on the book Pagans.