Home » Alumni Spotlight Article: Welcome to Our Garden
By Hilary Molina|Published On: May 9th, 2016|Categories: Alumni|

Welcome to Our Garden

If a tree falls in the forest and there’s no one to hear it, does it make a sound? 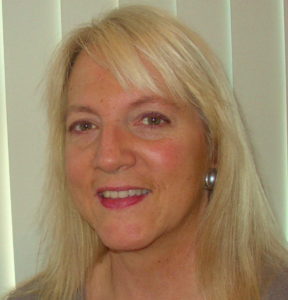 “Scholar-practitioner” is not a super-pithy job title and we don’t know anyone who grew up wanting to be one. And it remains inherently problematic and tenuous, even as so many of us embrace it.

Edgar Schein, consummate scholar-practitioner defined the role as “dedicated to generating new knowledge useful to practitioners,” (Wasserman & Kram, 2009, p.12). Julie’s fellow HOD alumna Wasserman and her colleague Kram (2009) derived a theme of “subcultures and places we call home” related to that role (p.19). Early in her practitioner career Julie attended OD Network Conferences and noticed all the coolest people went to Fielding…going there much later was coming “home.”

Like many of us scholar-practitioners, George was also working full-time as an executive while completing his doctoral studies, enhancing his competencies as a practitioner of data-driven change and learning to be a scholar of Organization Development. He was also an undercover boundary-spanner in training, trying to figure out ways to add unique value to his professional role and the field. He hoped that upon the completion of this training he would be able to deliver “actionable scientific knowledge,” knowledge that meets the scientific criteria of the academic community and the business needs of the organization (Adler, Shani and Styhre, 2003; p 84).  He found that the result of his boundary-spanning endeavors fell short of their aspiration. It was harder be a scholar-practitioner than to merely envision the world through that lens.

Liz graduated in 2013 from a school that specializes in applied psychology programs. The scholar-practitioner model was clear to her from the beginning as her courses were taught by practitioners and course work focused on consulting practice. By her final year in the doctoral program, she had developed a new master’s program which launched the following year and within seven months of graduating she would become associate department chair of a division with six different degree programs.

Our workplace where the three of us practice as administrative faculty explicitly embraces the scholar-practitioner model. And embedding scholarly activities in practice is supported by organizations we consult within; marketing firms especially thrive on research findings and seek to provide research-backed interventions. More clients are requesting the opportunity to learn about the theory behind the practice as the appreciation for “behavioral science” grows in the popular and business media.

We nonetheless find the respective roles competing at inconvenient times. We find that many of our students can only focus on one at a time, as reflected in the time they take to complete dissertations and their struggle to frame “research questions.” We feel pressure to be adequate role models of boundary-spanning integration for them. Because if not us, who else would be qualified to do so?

Scholars and practitioners start out different and ultimately from varying cultures. Agents succeed by focusing on the standard valued by their peers—after all, great business success will not guarantee tenure at a University nor will a research article published in a peer-reviewed journal save a failed business career. Selective reinforcement continues unabated until someone objects and publicly examines the taken-for-granted assumptions. One cannot become a boundary-spanner by trying to achieve “balance.” The cultures are opposing gravitational forces that may pull the nascent boundary-spanner in one direction or another. As much as we may seek to have it both ways, we are likely to end up falling short in both domains.

The familiar way to differentiate between scholars and practitioners by a divide between knowing and doing, respectively (Tenkasi and Hay, 2008). But we all do, and everyone theorizes, whether or not they are aware of it, or whether or not they act on theories in the way they might suppose they do (Bartunek, 2008, McClintock, 2004).

Rather than viewing knowing and doing as separate and divided, why not reframe them as inherently integrated?  Experiential learning and action research demonstrate that reflection and enactment go hand-in-hand. In the craft of a master practitioner, there is an underlying depth and nuance that informs the practice. Scholarship can also be re-framed as every statement of knowledge (truth claim) must be substantiated by research (proof methodology in practice) (Van de Ven, 2007).

On this foundation we boundary-spanners need to form our communities, a third-space “home” where theory and practice co-exist, to cultivate our cultures with fertile ground for knowing and doing, for disseminating knowledge and results, and for being whole. From this third-space, we can move forward free from the burden of separatist assumptions.