Frances B. McAllister, “determined to improve the world she lived in.” 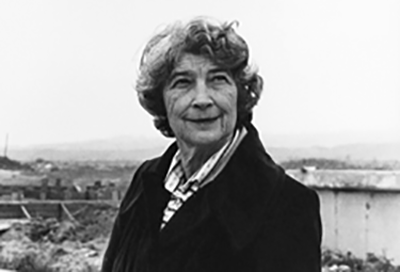 Born in 1910, Frances B. McAllister was 77 when I met her—I was 24. Despite our age differences and disparate economic circumstances, we became fast friends. She inspired my love for other people, commitment to something greater than myself, and a lifetime of work in the education and non-profit sectors. In her early years, she advocated for peace and social justice, fought for the creation of community colleges, and promoted women in all professions. Through mentoring me, she taught me the importance of teaching and mentoring women younger than myself–to pass anything we learn to others. Frances would have agreed with Angela Davis that hope is a discipline. Without question, Frances was the most influential woman in my life so far. She passed away in 2008, and I still remember her every day.

[from The Arizona Republic published Sep. 13 to Sep. 14, 2008]
Frances B. McAllister, 1910-2008 – A Spring that Faileth Not! Frances Burt McAllister, a philanthropist and leader in Flagstaff and Arizona for the past four decades died at her home in Flagstaff, Arizona on Sunday morning, August 3. She was 97. The commitment that held the whole of Frances McAllister’s dedication to community in place was her Quaker faith, which began shortly after her marriage to John Vickers McAllister in 1936. In 1968 she was a founding member of the Flagstaff Monthly Meeting of the Religious Society of Friends, and served both her Meeting, the Intermountain Yearly Meeting, and various national and international committees of the American Friends Service Committee and the Friends Committee on National Legislation. She traveled extensively throughout her life and, other things, attended the 1934 Women’s International League for Peace and Freedom where she volunteered as a translator and worked with Eleanor Roosevelt. Her work for peace earned her the distinction of being on Richard Nixon’s “Enemies List”. 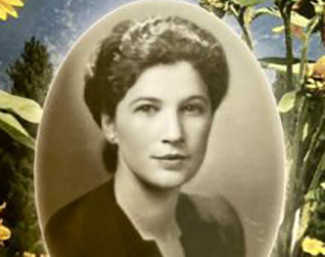 An activist with passion, Frances moved permanently to Flagstaff in 1967 after years of coming to the Log House she built with her husband John in 1935. She leaves a legacy of commitment and caring, especially to northern Arizona. She is perhaps best known for establishing the Transition Foundation and endowing The Arboretum at Flagstaff. Her dedication to community included establishing the Chair in Community, Culture and the Environment at Northern Arizona University and endowing an annual doctoral research stipend in the NAU History Department. In 2002 NAU awarded Frances McAllister an Honorary Doctor of Humane Letters degree. She has been a vigorous and unfailing board member and past president for both the Museum of Northern Arizona and the Flagstaff Symphony Association boards. She was an honorary Trustee at Lowell Observatory. She was also one of the founding members in the building of Flagstaff’s Heritage Square. She served as a member of the Arizona Board of Education’s Committee on Basic Goals for Social Studies, the Arizona Humanities Council, the Arizona Commission on the Arts, and the State Advisory Committee for the White House Conference on Library and Information Services. Her support for virtually every non-profit in Flagstaff advocating for children, the environment, and for social justice is legendary.

Mrs. McAllister did not seek recognition and made it clear that her gifts represented her husband John’s legacy. Nonetheless, she was repeatedly acknowledged for her good leadership and generosity. This included being named Flagstaff Citizen of the Year in 1983, receiving the “Women of Distinction” Award from the Soroptimist International of Flagstaff in 1990 and 1999, the Regents Award and the Governor’s Arts Award in Support of the Arts in 1998, Board Chair Award from United Way of Northern Arizona in 2004., and Friends of Flagstaff’s Future Sustainability award in 2006. Frances’s commitment extended beyond Flagstaff as she was determined to improve the world she lived in.