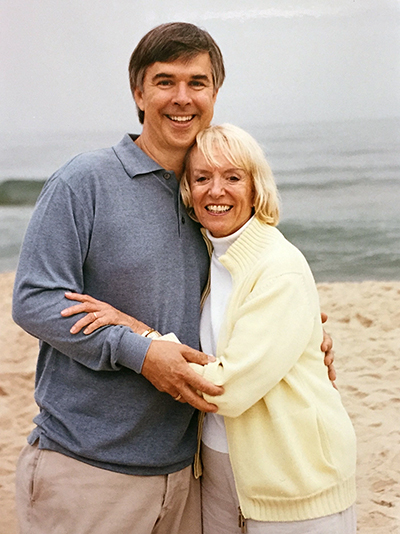 Since its founding, Fielding has devoted all of its resources to enabling adult learners to succeed in their professional lives through personal and intellectual development. One way we accomplish this goal is through faculty-student research collaboration.

Dr. Peterson is honored to have a Fielding award named after her: “Fielding changed my life. My mentors told me that I could become a PhD. They instilled confidence in me and offered a framework of how to achieve this goal.” A 1983 graduate of the Clinical Psychology Program, Dr. Peterson is among the first Fielding graduates to be licensed as a clinical psychologist in New York. Today, she maintains a private practice in Manhattan with several dedicated clients.

Her dissertation, The New Dyad: Older Women and Younger Men, investigated 79 dyads consisting of an older woman and a younger man who were at least a generation apart in age. The dissertation findings outlined emergent changes among couples at the time, including that couples were more relationship-oriented and more inclined to express androgyny. Women and men made similar incomes, and women were often of equal or higher education levels. Dr. Peterson placed advertisements in five magazines to collect data, including New York Magazine and Psychology Today. Her marriage to Michael V. Carlisle, JD, inspired the research. Like many Fielding spouses, Dr. Carlisle was a great support in Dr. Peterson’s doctoral journey. We featured Dr. Peterson and the news about the award in the January 2022 issue of FOCUS magazine.

“Over the years, Dr. Peterson has remained a dedicated alum and supporter. Her unwavering belief in Fielding’s model and our desire to honor her legacy at Fielding inspired the establishment of this Award,” shared President Katrina S. Rogers.

Please download the nomination form below. And send the completed form with your nominations to research@fielding.edu.