John Trudell, Santee-Dakota activist/poet, in referencing the term Native American once said that “We are not Indians, and we are not Native Americans, We are older than both concepts. We are the People, We are the Human Beings.” That statement stands today as we celebrate Native American Heritage Month, not because it questions the use of terms, but rather it is because it centers the humanity, self-determination, agency, voice, and knowledge of First Nation peoples. Without this acknowledgment, we are bereft of any deep connection to one another, adrift in a sea of imaginings that are unmoored from the Indigenous understanding of this land. To Decolonize is to re-Indigenize our thinking. To return to concepts that are older, as Trudell states, and to embrace the foundational truths deeply embedded in Indigenous land, epistemologies, people, and thought. To do so requires humility, vulnerability, and the capacity to face inconvenient truths in reconciling our past to build our collective soul.

As we consider Native American Heritage Month, let us be reminded that the contributions of Indigenous Nations in the western hemisphere informed and profoundly remade the world. Not just in a material sense but also through an intellectual departure and rupture. This rupture and departure from European feudal understanding is evidenced today in our current democratic system modeled after the Haudenossaunee style of governance. To date, intellectual, political, artistic, cultural, and agricultural practices have been incorporated into so many everyday aspects of our lives that many of us are unaware of the influences. In short, the western hemisphere itself is a territory that has undergone colonization with a simultaneous Indigenous resistance to said colonization. 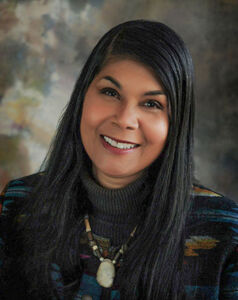 In 1974, George Manuel (Shuswap) authored a book entitled “The Fourth World: An Indian Reality” in which he raised up his notions of Indigenous Decolonization in the midst of the historic 1960s Third World decolonization efforts. Inspired by the words of a Tanzanian diplomat who shared “When the Indian peoples come into their own, that will be the Fourth World,” Manuel embraced this spirit and in turn, sparked a movement that preceded many of the Red Power movements in both the U.S. and Canada. This movement provided a critique of Third World Decolonizationists as too limited in their vision. According to Manuel, Third World Decolonization needed to move beyond imitating status quo Nation State politics and concepts — the goal, according to Manuel, should not be to re-create European Nation-States, but to create countries that “contain within itself many different cultures and life-ways.” Manuel’s vision was actualized not just through his words but in deeds. It would be George Manuel who would serve as Chief of the National Indian Brotherhood which united the First Nations in Canada. He would also be one of the co-creators of the World Council of Indigenous Peoples, which brought together Indigenous peoples from all over the world: Saami in Norway, Torres Strait Islanders, Native Nations of North and South America, Polynesians, African Tribal Nations, Ainu of Japan and other Indigenous communities too numerous to enumerate. The legacy of George Manuel lives on today in the ways in which Indigenous communities all over the world understand themselves and their contributions to advancing humanity. “My belief in the Fourth World is an act of faith. But it is no illusion” (Manuel).

Building on the strength of Fourth World knowledge is the scholarship, research and, most importantly, “giving back to community” of Fielding Graduate University. Fielding has maintained a long and historical relationship with the Navajo Nation, which has graduated Indigenous leaders who continue to make a difference within their communities and beyond. Fielding has also graduated Native American students from Tribal communities, recognized and unrecognized, who have made strides globally in advancing Fourth World understandings. In celebrating this month, we at Fielding wish to celebrate the amazing accomplishments of our Native American scholar-practitioners. The historic Fielding Graduate University partnership with the Navajo Nation is one that stands as an example of Indigenous Excellence that gives back to the community as opposed to extracting and commodifying Indigenous life ways. Please explore the work of these amazing Indigenous Fielding Graduate University scholars: Dr. Miranda Haskie; Dr. Henry Fowler; Dr. Perry James; Dr. Perphelia Fowler.

In addition, Fielding Graduate University has greatly benefited from the wisdom and commitment of former Board of Trustee members: Patricia Zell J.D. (Navajo), Manley Begay, Ed.D. (Navajo), and Chad Hamill, Ph.D. (Spokane). Their commitment and trusted counsel helped to sustain Fielding and provided direction on issues pertinent to Native Nations. Join me in conversation with these outstanding leaders on November 17 at 4 p.m. PST. Register here.

As we move through the month of November and into 2023, let us pay closer attention to land rights issues, Indian Child Welfare Act decisions in the Supreme Court, debates regarding the Doctrine of Discovery, and how the United States will respond to the Cherokee Nation appeal to have representation in Congress.

Let us consider how we can be more inclusive of Indigenous expertise, knowledge, voice, and representation in our research and practice, as well as our interpersonal relationships. Let us find a way to build kinship together so that together we may address our challenges. “There is a revolution going on; it is very spiritual and its manifestation is economic, political, and social. Look to the horizon and listen” (Simon Ortiz, Acoma).

V.P. of Diversity, Equity, and Inclusion

About the Author: Allison Davis-White Eyes

Dr. Davis-White Eyes earned her Bachelor of Arts from the University of California, Los Angeles (UCLA) in American History), and her Master of Arts from UCLA in American Indian Studies with a specific focus on History and Law. In addition, Allison earned her Ph.D. from OSU in Adult Higher Education with an emphasis on International Education. Currently, Dr. Davis-White Eyes is affiliate faculty within the School of Public Policy and the School of Language, Culture, and Society. Her research areas of interest include post-colonial cosmopolitanism, subaltern research ethics and decolonizing methodologies, mobilities of culture and identity, queering of identity and space, as well as intersectionality in theory and organizational praxis.