Shining the Light on Workers’ Rights 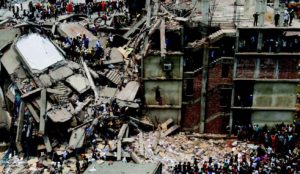 In 2013, visible cracks appeared in the walls of the Bangladesh garment factory complex known as Rana Plaza. But workers were ordered to return to their jobs anyway—and the next day, the eight-story building collapsed, killing 1,138 people inside.

“People were buried alive. Amputations were performed on the spot,” says Richard Appelbaum, who leads Fielding’s doctoral concentration in Leadership for Social and Ecological Sustainability. “Bangladesh is the most dangerous place to be a worker. In the decade before the Rana Plaza collapse, an estimated 1,000 people died in factory fires. And yet every major clothing company in the world was producing in Bangladesh despite these dangers.” 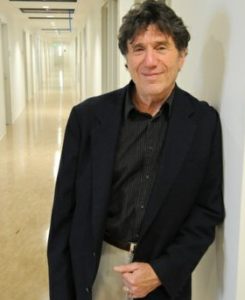 For years, Dr. Appelbaum has been shedding light on the plight of overburdened workers. He chairs the advisory council of the Workers’ Rights Consortium and is editor of the new book Achieving Workers’ Rights in the Global Economy. His field research includes visiting factories in thirdworld countries.

“The system is set up to make workers’ rights difficult, if not impossible, to attain,” he says.

Dr. Appelbaum has been with Fielding since shortly after the university was founded more than 40 years ago. Though he taught simultaneously at the University of California, Santa Barbara, cofounding its Global and International Studies Program, he says Fielding has always been a labor of love.

“I joke that it’s the best job because I get paid to learn from my students,” he says. “I’ve made lifelong friends of these students. They’re always interesting people who bring a huge amount of relevant experience.”

That application of education to the real world is what makes this university special in his eyes.

Raised in Rochester, NY, Dr. Appelbaum attended Columbia University and earned a master’s in public affairs from Princeton’s Woodrow Wilson School, during which he spent the summer of 1965 in Guatemala. He studied the seasonal migration of Indians in San Ildefonso Ixtahuacán to the coast—under horrific conditions—where they worked on plantations owned by U.S. companies. Next, he spent a year and a half in Peru on a Ford Foundation program, advising the National
Office of Planning and Urbanism on the problems facing the people in the highlands.

“It was eye-opening,” he says. “I saw vastly unequal social systems and began to realize the effect of economics and politics on everything. I also realized the folly of sending a 24-year old, fresh out of graduate school, to a developing country to serve as some kind of expert.” He returned to the states, earning a PhD in sociology from the University of Chicago.

But he came across horrific working conditions again 25 years later, when he and Edna Bonacich of UC Riverside spent 10 years studying the garment industry in Los Angeles, which was employing undocumented immigrants in sweatshop conditions.

He organized the Los Angeles Jewish Commission on Sweatshops and volunteered in the Garment Worker Center teaching workers about their rights, before he and Dr. Bonacich wrote the book Behind the Label about the inequality they witnessed.

“It woke me up to the exploitation,” he says. “I started studying global supply chains.”

“The world has moved from a situation in which much production was done within a country where national laws governed production systems and workers could go on strike to get a fair deal, to a global economy, wherein the brands don’t make anything; they outsource to independent factories and have
no legal responsibility,” he says. “I got to see ‘corporate social responsibility’ in action.”

This was part of the impetus for Fielding’s concentration in Leadership for Social and Ecological Sustainability.

“We have a lot of students interested in business—and who want businesses to be honest,” he says. When those students become PhDs and go to work on the sustainability side of business, amazing things just might happen. “Maybe they can begin to change the culture.”