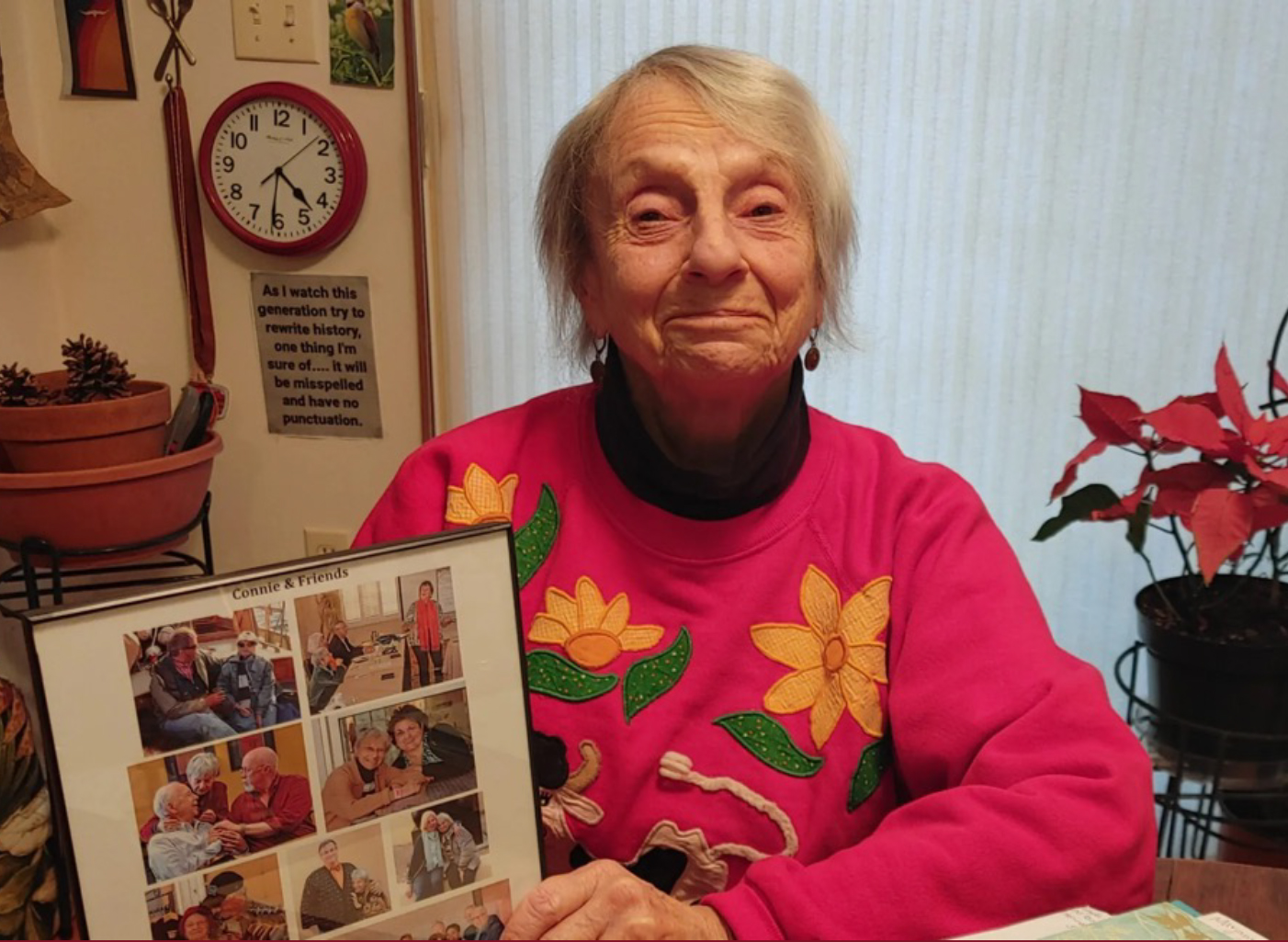 Connie Goldman, the renowned reporter on positive aging, died on March 8, 2022. She was a long-time friend of Fielding’s Creative Longevity and Wisdom Program and she herself contributed many books and articles documenting creativity and wisdom over the lifespan.

Simone de Beauvoir said that “Nothing should be more expected than old age: nothing is more unforeseen.” Age was a destination foreseen by Connie Goldman decades long before she ever arrived there. Goldman was a distinguished journalist active in the early days of National Public Radio, and her roles included serving as host of All Things Considered and later as an arts reporter for NPR. In the course of interviews, she encountered a range of artists, actors, writers, and creative people from all walks of life. “These were exceptional people,” Goldman said in a 1994 interview with the Los Angeles Times. “They had wit and wisdom and years of experience to draw from.”

In the 1980s, Connie Goldman formed a production company to focus on positive aging. This work was documented in broadcasts and books such as The Ageless Spirit: Reflections on Living Life to the Fullest in Mid-life and the Years Beyond.

She spent a week with Karolyn Grimes, who played Zuzu, the little daughter of George Bailey, played by Jimmy Stewart in the film “It’s a Wonderful Life.” Now an elder herself, Grimes shared stories that Connie made into a message of hope.

Connie Goldman’s own message of hope for positive aging was greeted by countless readers and listeners around the world. In 2008, she was recognized by Fielding for contributions to creativity, longevity, and wisdom through visionary leadership in positive aging with the Distinguished Scholar-Practitioner Award. We mourn her passing but carry on the message of hope she delivered.

Human Values in Aging is a monthly newsletter edited by Dr. Moody and sponsored by Fielding’s Creative Longevity and Wisdom Program. If you wish to stay updated on the latest about aging, join the list by emailing your request to media@fielding.edu.