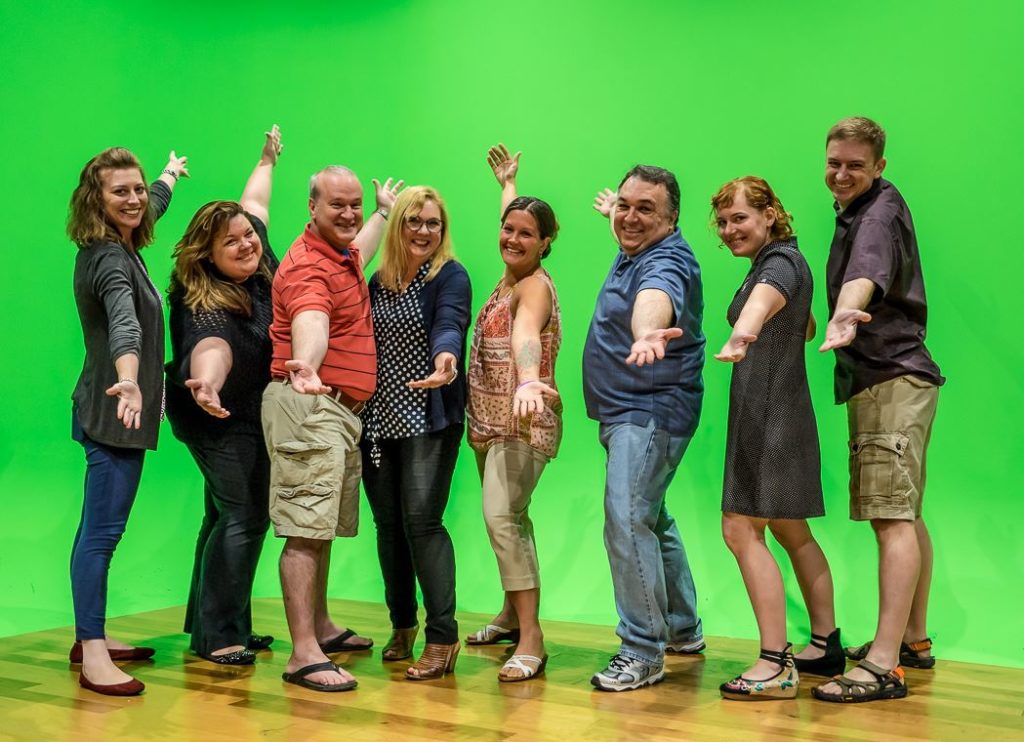 In addition to their intensive class schedule, the students attend multiple “cluster” events to gain practical experience in the field. The three-day Orlando trip was an opportunity to discuss how media psychology plays an overarching role in broadcast and music production. 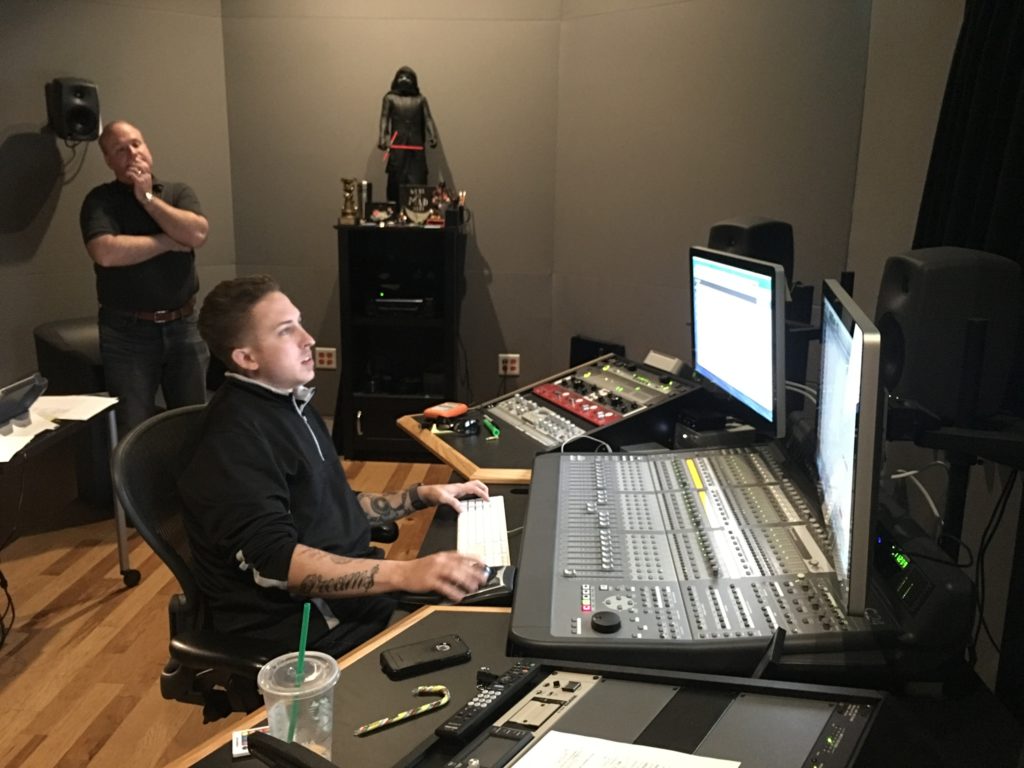 “The first day we spent touring the studios and listening to presentations from various experts from film and music production, direction, filming and editing to the librarian for film and music and virtual reality experience designer,” said Dr. Hogg. “My favorite Disney moment was standing in the library next to the original sheets of musical scores played at the opening day of Disney World in 1971 — or holding a Disney Emmy like it was my own.”

Thoennes and the other professionals at Disney walked through the production process, including the development of themes, creating storylines, business rules, and how technology plays a role. Understanding the storytelling experience and constructing narratives is an important part of Fielding’s program.

“I have always placed the Walt Disney Company on a pedestal for story creation and audience reach,” said master’s student Andrea Gardner, “and to hear from those behind the scenes regarding their process was a wonderful experience.”

Disney World’s state-of-the-art media production studio is a few miles from the park in an innocuous building where digital production professionals, musicians, graphic artists, and videographers produce content for one of the busiest tourist attractions on the planet.

Here, the media psychology students met and spoke with experts who make the magic happen on a daily basis.