Why Politicians’ Kids Publicly Take On Their Parents

Home » Why Politicians’ Kids Publicly Take On Their Parents
By admin|Published On: October 17th, 2020|Categories: Media Psychology, School of Psychology|

As the election draws near, kids of politicians are making news by speaking up to discourage voters from supporting their parents.  (See Beth Greenfield’s article.) Typical teenage rebellion?  That’s far too simplistic.  A combination of a major developmental task, prominent (and conservative) parents, and the amplification effect of digital media make a perfect storm for what psychologists would call differentiation and the parents under attack would call disrespect or rebellion. 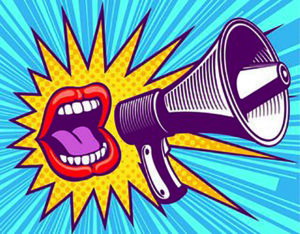 However you choose to label it, differentiating from the nuclear family is a key developmental task for all teenagers and young adults.  Everyone needs to figure out who they are and their place in the world in order to be successful adults.  This exploration can lead to a lot of experimentation with people, ideas, and actions.  This leads to a series of behaviors that may be perceived by others as risky, rebellious or foolish, such as engaging in forbidden behaviors, wearing the “right” clothes to signal peer affiliation, or outright rebellion.  The push-back behaviors tend to be in proportion to the psychological ‘room’ and encouragement that a young person receives as they go through this task.  No room = more pushback (e.g. Thompson et al., 2003).

There are a lot of different ways to explore identity and successfully differentiate from the nuclear family. The digital landscape has added to the menu, expanding access to other role models and illuminating new paths to identity development others have taken.  Social media means it’s much easier to have a voice. In fact, it has become the standard recourse for everyone when they don’t feel heard.  It’s not surprising that teens and young adults who have grown up in a socially-connected world would use these avenues to broadcast their point of view.  There is plenty of evidence of social media raising attention to social issues, from #BlackLivesMatter and #MeToo to Parkland’s #NeverAgain.  Social media enhances the sense of collective agency.  When people believe they are not alone in their cause, it encourages them to take action.  For the children of well-known or news-worthy parents in the contentious political arena, their actions also become newsworthy by virtue of proximity to their parents and the unceasing demand for news content that will attract audience attention.

Caroline Giuliani, Claudia Conway, and Stephanie Regan are all examples of children speaking out against their parents and expressing opposing political views.  Interestingly, all the parents are aligned with Trump’s version of the Republican party.  A 2016 poll showed that Republicans who were Trump supporters were more likely to have an authoritarian style of parenting (MacWIlliams, 2016).   An authoritarian parent is more likely to value obedience and less likely to encourage their children to have a voice or to develop an independent sense of self. More authoritarian views are also less likely to support social differences that do not align with their beliefs or that violates their view about what is “right.”  There is no room for subjective truth or different perspectives.  Authoritarianism is related to the need for cognitive closure and binary, black/white or polarized thinking that allows complex problems to be reduced into simple solutions (e.g., Chirumbolo, 2002; Choma & Hanoch, 2017) rather than with more depth, probing, or empathy required for collaboration or compromise.

My-way-or-the-highway parenting does not make space for children to come to their own conclusions. Dissenting opinions are viewed as disloyalty or disrespect.  This is particularly problematic because young people are traditionally at the more liberal end of the scale. The ability to think for oneself is a necessary part of growing up so it’s not surprising that children with authoritarian parents are more likely to draw a line in the sand.

Emotional encouragement and reinforcement are vital to shaping a teen’s personal identity and their experiences and social interactions mold their behavior and ideals.  Social media in particular offers two advantages to teens in this process: 1) it gives them access to other avenues for emotional support and guidance through admired others and 2) it gives them a powerful platform with which to display their independence.

Adolescents who successfully navigate the developmental ‘crisis’ of identity development generally have away a strong sense of identity and the ability to uphold their values in the face of challenge.

While Claudia Conway’s actions might appear to be labeled as rebellious when she took to TikTok to expose Kellyanne Conway’s COVID diagnosis, Caroline Giuliani’s Vanity Fair article appears thoughtful and reasoned.  She is not acting out but seeking differentiation by expressing her point of view.  In both cases, however, the high profile of the parents means that their voices will have more impact.  Caroline Giuliani is using her social-capital-by-proximity to achieve an outcome.  On the one hand, it might seem disloyal—and loyalty or lack thereof has been a consistent theme in the Trump administration.  On the other, it is courageous to recognize that social capital can be used for something you believe in even if the personal fallout is unpleasant.

The good news for Caroline Giuliani and others like her is that independent, self-reliant adults who can think for themselves are less likely to adopt an authoritarian style themselves which bodes well for success in a world of shifting norms.

Chirumbolo, A. (2002). The relationship between need for cognitive closure and political orientation: The mediating role of authoritarianism. Personality and Individual Differences, 32(4), 603-610.

MacWilliams, M. C. (2016) Donald Trump is attracting authoritarian primary voters, and it may help him to gain the nomination. LSC/USCentre. https://blogs.lse.ac.uk/usappblog/2016/01/27/donald-trump-is-attracting-authoritarian-primary-voters-and-it-may-help-him-to-gain-the-nomination/