The History of Black Psychology

As the recent apology from the American Psychological Association for its complicit contributions to racism has proven, many of the societal and institutional underpinnings in America have been discriminatory toward African Americans in theory, policy, and practice. In the psychological realm, this imbalance was met with the formulation of Black Psychology. Also known as African Psychology, Black Psychology is a scientific field that primarily focuses on how people of the African Diaspora experience the world. Black Psychology emerged in the U.S. as the direct result of the conceptualization of Black people under Westernized notions in psychology.

Dr. Bobby E. Wright, one of the founding fathers of Black Psychology in the U.S., was a clinical psychologist and an advocate for African Americans. He believed that African Americans would benefit significantly from studying themselves as opposed to their oppressors. In 1972, Dr. Wright graduated from the University of Chicago with his Ph.D. in Clinical Psychology. In 1974, Dr. Wright published The Psychopathic Racial Personality. He postulated that Europeans display inherent psychopathic traits and further characterized their interactions with Africans across the Diaspora as nothing short of psychological, racial warfare. In this book, Dr. Wright holds that Europeans exhibit psychopathic behavior in their relationships with Africans, which reflects an underlying biologically transmitted proclivity with a profound evolutionary basis. The manifestation of these psychopathic tendencies includes: the absence of ethical compass resulting in the disregard for inappropriate patterns of behavior, presenting with superior intelligence and morality while making commitments with little intention of keeping their word, the expectation of Africans to prioritize European-defined policies as well as personal and psychological comforts, and the limited capacity to form meaningful relationships that are non-exploitive at the root.

Dr. Wright’s Social-Political Model of the 1980s argued that black people in the U.S. who suffer from mental illness and suicidal ideation are victims of White Supremacy. The premise of Dr. Wright’s work emphasizes the need for African Americans to define themselves outside of European perspectives. Dr. Wright’s legacy helped lay the foundation for conceptualizing many of the social, political, and psychological conditions of African Americans. 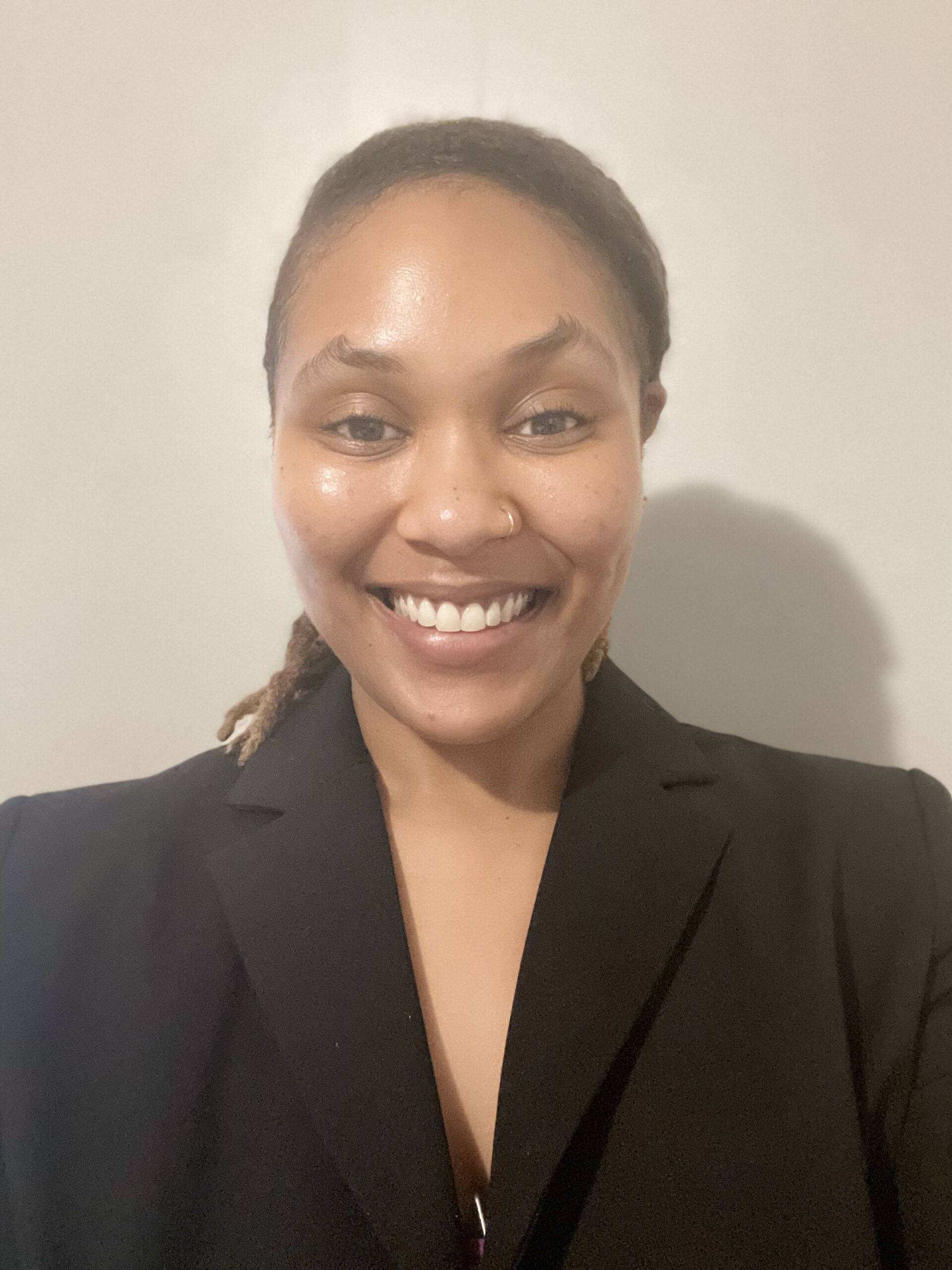 Brianna Jones-Downey is a second-year Clinical Psychology doctoral student and the Corresponding and Recording Secretary for the Black Student Association (BSA) at Fielding Graduate University. She is a double graduate of North Carolina Central University, earning her bachelor’s and master’s degrees in psychology. During her graduate tenure, Brianna’s research interests included contextual factors and learning for Black students and the psychosocial impact of pain in adults living with Sickle Cell Disease (SCD). She has used these interests to gain vast research experience by presenting at psychological and educational conferences across the country, penning and editing publications, and publishing Chapter 24 on African American Health in the Handbook of Health Psychology. Brianna has been invited to speak on many student panels on topics including graduate school readiness and the importance of scientific research. She served on the student research panel for the 2019 Global Health Disparities Symposium at her alma mater. She discussed SCD from the global health perspective and the importance of integrated care models. Brianna plans to continue her research investigating the intersection of psychology, health and learning by investigating the impact of the COVID-19 pandemic on the quality of learning and motivation in students who attend institutions of higher learning

Brianna has over six years of experience providing services to children and adolescents with developmental and behavioral barriers, such as Autism, Conduct Disorder, and ADHD/ADD. Her career goals include administering cognitive and behavioral assessments and implementing therapeutic interventions for school-aged children as a clinical psychologist. Long term, Brianna hopes to charter her school for Black children, offering homeschooling and educational consulting based on the micro-communal model found from her thesis: Social State Congruence and its Differential Effects on Learning in African American Students. Additionally, Brianna wants to create and implement individualized learning plans for students, especially Black students who often have limited resources in their schools and communities.

Currently, Brianna works part-time as a Virtual English Instructor for young children in Beijing, China. Brianna also facilitates online seminars for an agency in North Carolina that provides training and workplace solutions for mental health professionals in the Research Triangle Park area. Most recent seminars discussed how to avoid personal biases in clinical practice and creating strategies for career progression.