The Appeal and Danger of Anonymous Messaging Apps Like NGL

NGL (Not Gonna Lie) is a tool that lets users anonymously judge others.

NGL (Not Gonna Lie) is the latest in a long line of anonymous messaging apps. This one lets users receive anonymous messages through an NGL link on their Instagram bio or stories. Anonymity offers some titillating opportunities to get things off your chest, maybe share some thoughts you wouldn’t want to voice in public, or let someone know you really like them—or really don’t.

Given the pressure cooker of the last few years, it’s not surprising that there would be pent-up emotions just waiting to burst forth. What could possibly go wrong?

We’re in the shiny-penny stage of this app. Attention (like news stories) encourages more people to download the app and experiment. Experimentation with new apps is okay, and it can even be fun. It can create a space to express your truth. It can also be upsetting, offensive, and troublesome. If you include a link to your Instagram story with NGL, emotionally arm yourself. It’s a crapshoot. 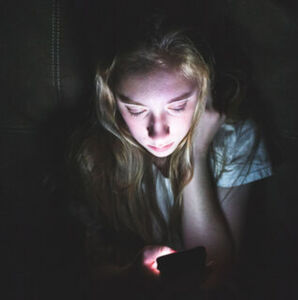 I predict NGL will be a short use case unless you’re a troll or bully. Some argue that there is catharsis in disclosure with the safety net of anonymity. However, this isn’t church, with its symbolic absolution or a Foucauldian dual dynamic where one party has the power to judge so that the other is unburdened by their confession. Or even postsecret.com, where others might applaud your bravery for disclosing your innermost secrets.

NGL activates our inherent vulnerability to the opinions of others. We all seek social validation and connection with others. It is essential to our mental and physical health. But anonymity precludes real connection. The only power the anonymous messages have is what you give them. Anonymous ones can make you feel good about yourself if you take them to heart. However, if you accord them with authority on the upside, beware of how you will internalize the reverse.

If you let the words of strangers influence how you feel about yourself, what happens when those comments are mean, critical, or hateful? Humans have an innate negative bias—a tendency to pay more attention to negatives than positives—whether that’s a survival instinct or Freudian response doesn’t matter. As Kahneman and Tversky (1984) showed, it shows up in decision-making, not to mention our ability to relive that humiliating moment in middle school or a bad performance review.

Neuroscience evidence shows that negative stimuli create more brain activity even as early as one year old (Hibbing et al, 2014). Thus, behaviors and attitudes tend to be influenced more by the bad than the good, whether it’s news, experiences, or the way you see people. Young brains are particularly vulnerable to social validation and negative feedback can decrease teens’ self-worth

Anonymous insults are, sadly, the most common form of attack on social media with documented negative consequences (e.g., Lakeman et al., 2021). Anonymous apps may seem like a kind of immunity from bad behavior, particularly if you’re young and not aware of the risks of your actions online or the potential impact on others.

NGL links to Instagram which lends an aura of acceptability. According to a survey by the Associated Press-NORC (2017), 76% of teens 13-17 use Instagram. It may not be their favorite app, but kids as young as 13 (or even younger ones who can do simple math) have easy access.

NGL uses artificial emotional intelligence to filter content. This includes machine learning and rule-based character pattern-matching algorithms, including emojis’ semantic meaning and contextual use to identify and block harmful language and bullying. The best AI in the world cannot filter out everything that can undermine an individual’s mood and self-esteem. Beyond the potential for psychological harm, I am also concerned that apps like this promote a norm of behavior without accountability, and that’s not going to end well for anyone.

This article also appeared on PsychologyToday.com.