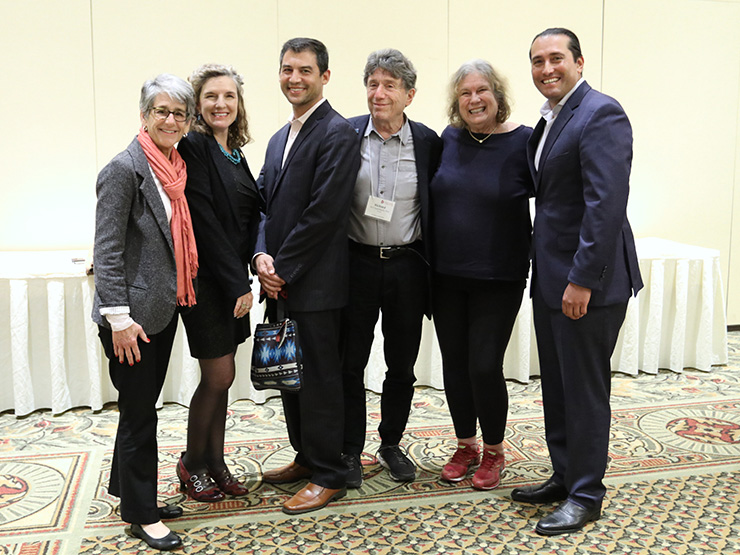 State Sen. Hannah-Beth Jackson, County Supervisor Das Williams and Chumash Tribal Chairman Kenneth Kahn joined Carolee Krieger, founder of the California Water Impact Network, for a frank discussion of global water scarcity and pollution in the birthplace of the environmental movement — including the drought conditions that led to the disastrous mudslides.

“We need to recognize that fire season no longer goes from April to October, but from January to December,” said Sen. Jackson, pointing out how climate change will continue to make water a more and more precious resource.

The event was organized by Fielding’s Sustainability Working Group, and group/faculty member Rich Appelbaum set the event’s tone, reminding us that the event’s title, “Water, Water Everwhere: Will There Be a Drop to Drink?” was especially salient in a town where the water had been contaminated by ruptured pipes. 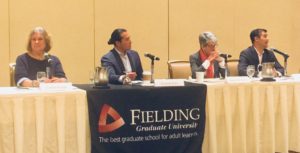 A common theme for the discussion was the danger of privatizing state water. “The notion that water is a commodity that can be bought and sold rather than a necessity of life is party of the problem,” said Sen. Jackson. “Let’s resist any efforts to make a profit off of it.”

Chairman Kahn gave examples of ways in which the Chumash tribe has managed water scarcity on its land, including reduced use and reclaimed water. Other solutions proposed for the area include desalinization plants and recharging aquifers.

Watch the entire event on the video above.