Is Being an Ally Enough?

Awareness of inequities in this world continues to grow. Following the Truth and Reconciliation Commission’s responses to the 94 calls for action amass in Canada. The COVID-19 pandemic has brought attention to longstanding health inequities in the United States. The murder of George Floyd has made many reflect on the complicit nature of bystanders and systemic racism. It is difficult to ignore one’s role in colonization, inequity, and racism.

To change, academics and non-academics may embrace the role of ally. Being an ally involves awareness of the horrific histories that have led to systemic injustices and advocacy at the individual and institutional levels. Unfortunately, although well-intentioned, being an ally, if behaviors stop at awareness and advocacy, may not be enough. Allyship can become a shrugging off of responsibility.

I benefit from the privileges of the colonizer. Some colonizers turn to allyship as a means of acknowledging their discomfort with the role of colonizer, but stress experienced by allies pales in comparison to the trauma felt by Indigenous, Black, and immigrant people. Recently there has been a call not for more allies but for accomplices. An accomplice insists on something different, constantly resists, and feels unsettled. Accomplices take risks in the service of justice, often publicly.

There are also lost opportunities in being just an ally. The learning of an ally can be more passive, i.e., reading articles, books, and blogs. An accomplice makes and maintains relationships with people who experience racism and inequity. In my journey from ally to accomplice, I have formed friendships and gained new colleagues who have expanded how I approach my life and work. This has caused me to act not from ‘book learning’ only, but from what I know to be ‘right’ after witnessing trauma that is not always published.

For example, I recently facilitated a workshop on antiracist curriculum. I was moved by my Indigenous colleague’s sharing of her personal experiences of the healthcare system. Racism in healthcare has been covered in mainstream media lately. However, hearing a personal story involves witnessing trauma on a firsthand basis. I wonder whether the meeting participants went away as allies or accomplices? As accomplices, their next steps could be to build new relationships and resist systemic injustices, to feel uncomfortable.

The way to being an accomplice in decolonized solidarity could involve making ethical spaces. Cree ethicist and researcher Willie Ermine has further developed the idea of developing ethical space. Ermine believes the space between two strangers can become an ethical space when each acknowledges the other and then structure the space in two different ways acknowledging their differences. This confronts the status quo and the unacknowledged default to the colonized ways of knowing and being.

Whether you consider yourself an ally or an accomplice, being of service is key. Being of service, ironically, can mean doing less. So many voices, Indigenous, Black, immigrant, are underrepresented. For an example of underrepresentation in higher education, watch the recording of this workshop: The Empty Chair: From Anti-Racist Intention to Action. When we are asked to do something that can be done with more integrity and relevance by another we can say no, and reply “my colleague can.” Supporting the work of those underrepresented voices by attending where these voices are amplified is important, and not doing what should have been done by others can be a powerful act of resistance. 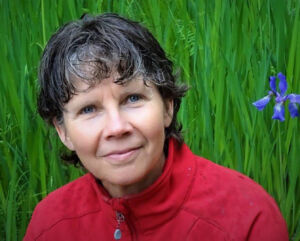 Theresa Southam, Ph.D. is the Department Head, Teaching and Learning Centre at Selkirk College. Dr. Southam is a Fellow at the Institute for Social Innovation at Fielding Graduate University. She graduated from Fielding’s Organizational Development and Change (ODC) Program in 2020.

Her recent article on academic practices on decolonization recently appeared in Anthropology and Aging: http://anthro-age.pitt.edu/ojs/index.php/anthro-age/article/view/366