Since its creation this year, Fielding’s Inclusion Council has been busy!

The first order of business was identifying the council itself. Chair Placida Gallegos was thrilled to have 40 students and alumni apply for the Council’s eight student and alum positions. Rather than turn away enthusiastic volunteers, she created three more groups where everyone who applied could be involved in the effort: an Implementation team, Strategic Advisors team, and Action Learning team. All have begun meeting and will be inviting other members of the Fielding community to get involved as well. 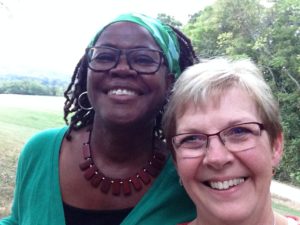 Next, the Council continued its work by launching the 2017 -2018 Social Transformation Project as part of the Building Inclusion Strategic Plan. In 2015, under Placida’s leadership, a cross-school committee created the grant-funded Social Transformation Project (STP) to encourage research supporting social change. In September, 2016, with help from Fielding’s Office of Strategic Initiatives & Research, the Council sent a request for STP proposals to students, faculty and alumni, and received 10 proposals.

“It’s the range of topics that makes it so impressive as well as the creative collaboration that is central to each project,” Placida says. They cover issues from race and gender to sexual orientation and disabilities, and involve students, faculty, and alumni from IECD, HOD, ELC, Clinical and Media Psychology, ODL, and EBC. “Maybe it’s world affairs, but it just seemed to be a time when people want to get involved. So many alums said they wanted to ‘come home’ to Fielding, to come back and use their talents to make Fielding better. That was inspiring.” 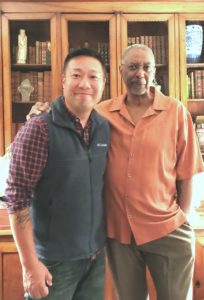 The project began with a $30,000 grant, but an additional $20,000 was added from the Office of Strategic Research & Development, the Dean’s office and program development funds — which will allow the Council to fund all 10 of the proposals in total or in part for 2017-2018! Some of the projects are beginning right away.

The Council is holding its first face-to-face meeting this week in Santa Barbara, when it will discuss how to support and oversee the Building Inclusion Strategic Plan. They have also met with the Fielding Board of Trustees as the Board is actively supporting the work of the Building Inclusion Collaborative.

If you have questions about the Council’s efforts or want to get involved, email inclusion@fielding.edu.