The following was written for the December 2017 issue of Choice, the magazine of professional coaching, Volume 15, number 4. 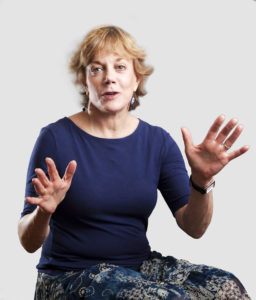 Sir John Whitmore, who died in April of this year, emerged from the heart of the British establishment. His grandfather had served as an officer in the Royal Horse Guards. His father, Sir Francis Whitmore, had distinguished himself during the Boer War in the Imperial Yeomanry. By the end of the First World War Francis was a Lieutenant-Colonel and had been awarded the Distinguished Service Order. During World War Two he commanded the Essex Home Guard. He was made a baronet in 1954, a hereditary title.

Born in 1937, John began by following his father’s footsteps, going to Eton and then training for a career as an army officer at Sandhurst Royal Military Academy. His period of study at Cirencester Agricultural College would have equipped him to run the family estate, but he chose a different path. In his early 20s he began competing seriously in motor racing. In 1961 he won the British Saloon Car Championship, and the European Touring Car Championship in 1965.

If this was seen as a rebellion or a break with family expectations, it was also an expression of the kind of determination, decisiveness and physical courage that might have been valuable in a military career. His next move was in an entirely different direction.

The Esalen Institute and the human potential movement

In 1962, an ocean and a continent away from the Whitmore family estate, exciting things were happening on the coast of California. Two Stanford graduates, Richard Price and Michael Murphy, who had become interested in transformational psychology and eastern spiritual traditions, launched the Esalen Institute at Big Sur with a workshop led by the philosopher and spiritual teacher Alan Watts. Watts had been introducing westerners to Zen Buddhism. Other prominent spiritual thinkers associated with Esalen included the novelist Aldous Huxley and Joseph Campbell, a lifelong student of comparative mythology. It was also attracting humanistic and transformational psychologists, who were exploring new approaches to psychotherapy, Fritz Perls, Carl Rogers, Abraham Maslow, Virginia Satir, and Will Schultz (Anderson, 2004).

The impact of the Esalen Institute was profound.  It “appealed to those…who were interested in making more personal and immediate changes in their own lives:  rediscovering their bodies, opening up their senses, learning to feel and communicate their desires” (Anderson 2004: 146). In 1969, at the age of 32, Whitmore travelled to Esalen. It was both a physical and a spiritual journey that was going to change the course of his life and contribute, eventually, to the development of coaching worldwide. The way John spoke about those times and what had motivated him, personal and social transformation where all part of the same movement:

I felt that what was going on in Esalen and the anti-war movement were logical outgrowths for humanity.  Psychology had always been about fixing problems….and Esalen was doing something different.  These events were two crucial wake-up calls getting people to think in what I would call whole systems thinking—the interconnectedness of everything. That stuff in the sixties, Esalen and the anti-Vietnam War movement, were the first seeds of what is continuing today in human evolution……. That time and Esalen were crucial to the coaching profession and that is where, in a way, it all started. (”Whitmore, personal interview, August 24, 2011)

Tim Gallwey and the Inner Game

In California Whitmore sought out Tim Gallwey, who was applying a Zen approach to tennis coaching. Gallwey’s crucial insight was that techniques associated with meditation and spiritual enlightenment could transform someone’s ability to hit a ball with a racket. “Only when the mind is still,” he wrote in The Inner Game of Tennis, “is one’s peak performance reached” (1986:22). Gallwey was a year younger than Whitmore. They were both accomplished sportsmen; Gallwey had been captain of the Harvard University Tennis Team. Whitmore studied Gallwey’s approach to sports coaching and in the late 70s he brought the Inner Game to Britain, leading a team of coaches who had been trained by Gallwey. Initially they coached tennis and golf before applying these same techniques to business leaders and managers. “We were running tennis programs,” Whitmore explained, “and an executive at IBM was a keen tennis fan.  He invited us into IBM. So we began teaching managers how to manage in a coaching fashion” (Whitmore, personal interview, August 24, 2011).

Whitmore is perhaps best known for developing the GROW model, whose origins some trace to the Inner Game. GROW captures, with a happily appropriate acronym, a sequence that might form the basis of an effective coaching conversation: goal; reality; options; what/when/and by whom. The term was embedded in the subtitle of Whitmore’s influential Coaching for Performance: GROWing People, Performance and Purpose, published in 1992. But in the text, Whitmore emphasizes that “GROW, without the context of AWARENESS and RESPONSIBILITY and the skill of questioning to generate them, has little value” (Whitmore 2004: 55).

Whitmore was a seeker to the end of his life. He remained engaged with the human impulse towards personal growth but no less concerned with protecting the planet and promoting the material wellbeing of its human population, seeing no divide between the personal and the political. For Whitmore the implications of coaching were political.  He uses the final paragraphs of his book, Coaching for Performance, to propose a radical agenda, based on the belief that business “feeds off and appeals to our lower nature, power and greed, but at the same time can be a vehicle for our creativity, aspiration and the will to good” arguing that coaching has a role in transforming business to bring it into alignment with “higher and more caring human values” (Whitmore 2004: 172).