Meet Your Dean of Student Development 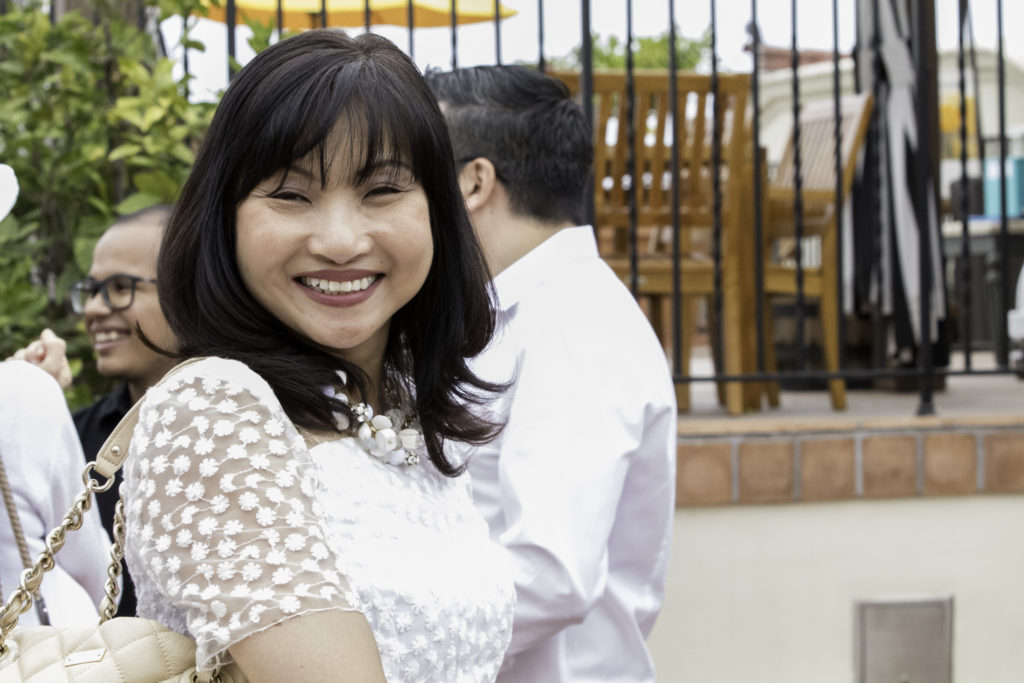 Helping students with problem solving, thinking through what they want to study, and answering their big questions.

These are all areas that Fielding’s new Dean of Student Development excels at. And if you haven’t yet had the pleasure of meeting Ruttanatip Chonwerawong — or “Dr. Dang,” as everyone knows her — and taken advantage of her considerable skills and charismatic personality, it’s high time you do.

New to Fielding this year, Dr. Dang comes from the University of Wisconsin, where she worked to create opportunities for first-generation, low-income students to succeed and see themselves as agents of change. She grew their Student Support Services Program from 175 to 500 students.

She also helped start the Black Students Center and supervised the inauguration of the Latino Center at California State University, San Marcos.

Dr. Dang’s passion for helping marginalized students stems from her own background. She grew up in Thailand, the daughter of Chinese immigrants whose educations were hampered by their limited financial resources. She experienced marginalization herself in classrooms both in Thailand, where she earned her first bachelor’s degree, and in the US, where she came for further education.

She chose the University of Wisconsin because her sister and brother-in-law were teaching there — and because, she recalls with a chuckle, she had been told “The Midwest is the best place to learn English because they don’t have accents.”

Coming from Bangkok, with its 10 million people, and arriving at Wisconsin’s cow-dotted landscape was a shock to Dr. Dang. “It was freaky,” she says.

But it soon became home. She earned a BS there, two master’s degrees, and a PhD in educational leadership/administration. She planned to return to Thailand but then she met her husband, a graduate student who had returned from the Peace Corps and was also earning his degree in education. They decided to get some work experience before heading back to Thailand together …

After a stint as special assistant to the UW system’s president, she realized she missed working with students and faculty — and saw the open position at Fielding.

I thought, ‘Oh, that could be a fun adventure!” says Dr. Dang, who was drawn to Fielding’s social justice values.

“I think Fielding has very dedicated faculty who really cares about their students,” she says. “I want to do more to engage faculty and make their work more prominent, and use it to really engage students.”

She’s working to learn the ins and outs of a small, distributed, nonprofit university — which provides exciting challenges she hasn’t had before. And she looks forward to getting to know our students.

“I hope that by this time next year,” she says, “I’ll be a familiar name to the students, faculty, and staff to collaborate in ways that will improve the students’ experience.”

When you meet her, be sure to call her by her nickname, Dr. Dang.

“Every Thai person has a nickname,” she says. “Dang means red. My mother called me Dang because I screamed so much as a baby that my face was always red.”

No one has ever called her Ruttanatip, she says, “except the nuns in convent school.”

See Dr. Dang’s essay, ‘Where Are You Really From?” in honor of Asian Pacific American Heritage Month.