The Magic of the In-Between

Home » The Magic of the In-Between
By admin|Published On: May 3rd, 2019|Categories: University Communications|

For Asian Pacific American Heritage Month, Fielding student Kanthi Raja shares her story of growing up in two cultures at once. 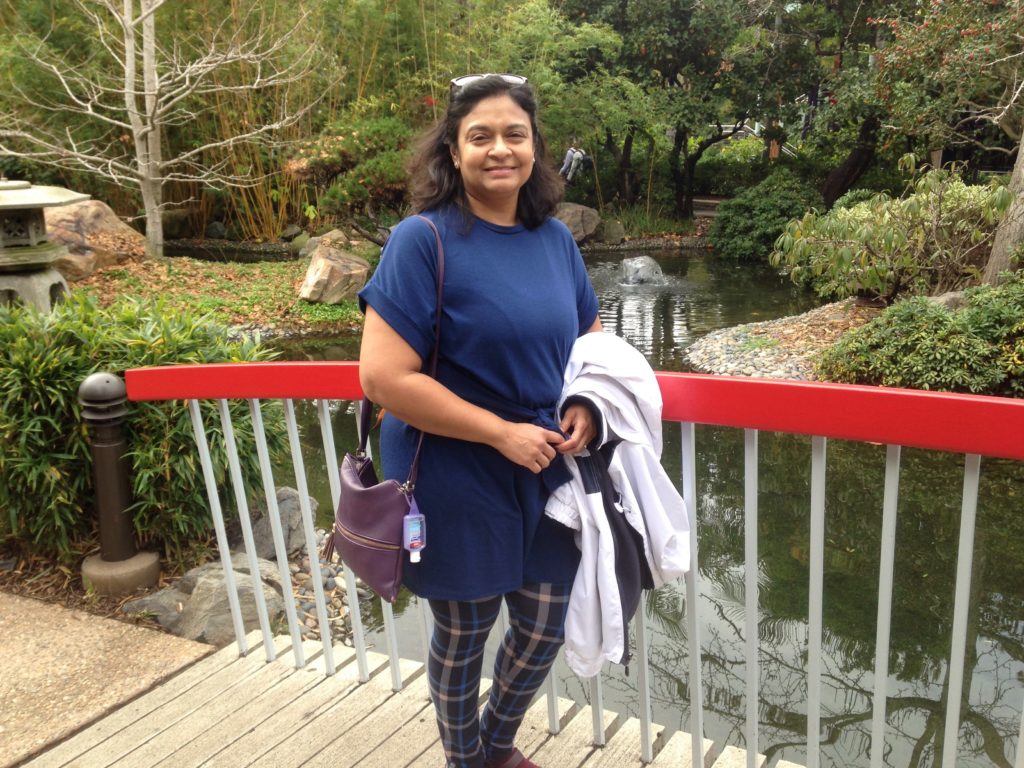 I love J.K. Rowling’s invention of Platform 9 ¾ in the Harry Potter series of books. When I was growing up, I had my own Platform 9 ¾. It was the front door to my family’s home in a quiet suburb of Milwaukee, Wisc.

Outside the door were my neighbor’s homes with their neatly manicured lawns, kids playing, dogs barking. Inside were the aromatic smells of my mother’s Indian food, the strains of Indian classical music, and the scent of incense. Outside was the United States, and inside was India. In that doorway, I was in a space in between.

My father arrived in the United States in the mid-1950s to complete his medical residency and my mother arrived in 1968 after marrying him through a traditional arranged marriage. They were caught in the “time warp” that happens when immigrants fight to maintain their ties to their home country. These circumstances placed me squarely in the middle of two diametrically opposed environments during childhood and adolescence: superstition versus science, the past versus the present, ritual versus rhythm, myth versus history, my family versus “I.” 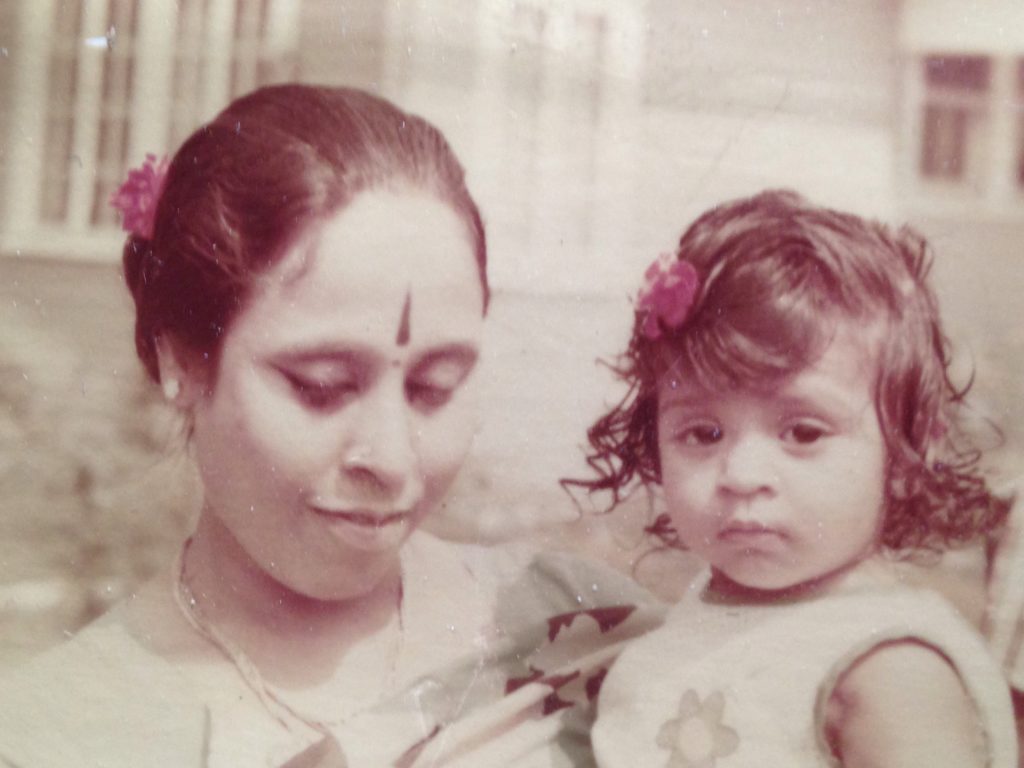 Kanthi with her mother

Between my summers in India and the rest of the year in the American school system, I felt the pull between the patriarchal system that dominated traditional East Indian families and the privilege of choice offered by American culture, between loyalty to my family and loyalty to myself, between tradition that honored my relatives and innovation that honored progress, between the emotion of and art and the logic of science, and between the natural order of daily life in India and the contrived order of American supermarkets and neighborhoods. It was not unusual for my mother to school me about covalent bonds in one breath and, in the next, tell me not to leave the house after I’ve sneezed. My world was vibrant, alive, and colorful while also confusing and painful.

The suburbs of midwestern American were very white in the 1970s and ‘80s. When I was an adolescent, teenaged white boys would yell “You’re an ugly b….as they sped by me in their cars.” I would hide pictures of me in my cultural clothing even though friends would show curiosity about my cultural experiences. Because I never really belonged in either world, I had to learn how to belong to both – to be accepting while curious and questioning, connected to myself while being connected with my community.

As strange as it was at times, this childhood was amazing! Through a process of searching, shifting, and shaping myself, this childhood allowed me to see the resiliency and multidimensionality of individuals, families, and situations while nurturing a desire to make a difference in the world. Because being a part of a “collectivist” culture does not mean you sacrifice yourself. Rather, it means that by strengthening yourself, you strengthen community, and by strengthening community you strengthen yourself. It is a truly integrated process that I can best see … when I stand in between.

See our other post from Asian Pacific American Heritage Month.