Hispanic, Latina/o, Latin@, and Latinx are all terms that have been used to categorize or label people from 21 Spanish-speaking countries. As a psychology scholar of Mexican-American heritage (born in Lorain, Ohio), I have lived through the evolution of identity monikers that do not always fit who I am or how I want to identify ethnically. In fact, many colleagues and friends prefer to call themselves Puerto Rican, Colombian, Dominican, or Chicana because this expresses their ethnic heritage, their family history–something more personal. 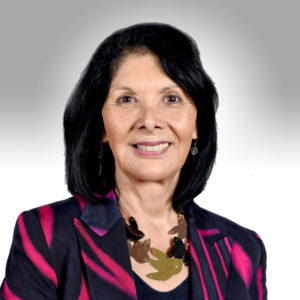 In the 1960s, the term Chicana/o was assumed  by individuals of Mexican-American heritage (born in the U.S.) as another way to self-identify and express self-determination. With leaders such as César Chávez and Dolores Huerta, the Chicano power movement emerged along with the Civil Rights movement led by Dr. Martin Luther King, Jr. The goal was to fight for the rights of farmworkers and laborers, victims of wide-spread discrimination. The newspaper was how I learned about Chicanas/os  in California, Colorado, New Mexico, and Texas and their collective power to fight injustices. Often, I wished I could be in out West among thousands of Chicanas who seemed to be doing amazing social justice advocacy.

I do not recall when I became Hispanic, but it was likely in the 1970s, following the first U.S. Census categorizing us. This broad term refers to the Spanish-speaking persons primarily with Latin American heritage. This could mean people born in the U.S. or outside of the country —needless to say, quite confusing. Hispanic also references the peninsula of Hispania that includes Spain and Portugal. Regardless, the term still seems to be widely used in the press, by politicians and by government agencies.

When I lived in Boston, I recall the term Boricua, used by persons of Puerto Rican heritage to self-identify. Boricua is the term given to Puerto Rico by the island’s indigenous Taíno Indians. Terms such as Chicana/o or Boricua do not show up on the U.S. Census.

The move away from Hispanic to Latino began for some of us in the 1990s, though the 1990 U.S. Census continued to use the term Hispanic. Latino was meant to include people of Brazilian heritage, for whom Portuguese, not Spanish, is the primary language. In time, many of us began to modify our new “shared identity” with Latina/o to be inclusive of both genders. An important shift came when I became the founding president of the National Latina/o Psychological Association; the person recommending the Latina/o word was a man. Another modification of the identity term came with Latin@ and Latin@s, meant to be a gender-neutral terms Essentially, the @ symbolizes both genders with the “a” for the female and the “o”, for the male. The pronunciation of Latin@ varies, and some like me will still say Latina/Latino when speaking.

The term Latinx arrived on the scene with force in about 2014 and has been examined by scholars, journalists, and social justice advocates as a more inclusive term. More specifically, Latinx, pronounced la-teen-ex is about inclusion; it is a non-binary, gender-neutral term and inclusive of LGBTQ and gender-fluid persons. I admit I did not readily embrace Latinx; I wondered if we would be taken less seriously as academics by using a contemporary term that might not last. But in the spirit of diversity and inclusion, I am on board. My newest book is titled Latinx Immigrants.

Hispanic, Latin@, Latinx and Latinxs (plural for Latinx) are not perfect terms but for those of us who share in this identity, it is still a matter of personal choice whether we use the broader terms, refer to our ethnic heritage or simply say we are American. I continue to self-identity as Mexican-American and use Latinx in my writing and speaking engagements—and this seems to resonate with my audiences. Journalists, academics, and others, using Latinx suggests greater sociopolitical awareness, and of course, a sense of inclusion of all Latinx persons. Though the period from September 16-October 15 is officially called Hispanic Heritage Month, some of us will be celebrating it as Latinx Heritage Month.

Patricia Arredondo, EdD, is a faculty fellow at Fielding Graduate University, past president of the American Counseling Association, and was just named a Woman of Color Changemaker by the American Psychological Association.