Considerations for the Fielding Family

By Four Arrows, PhD, faculty in EdD Leadership for Change

“It’s time to honor and to teach traditional Indigenous wisdom
of our collective ancestors — this may be our last hope.”
—Nancy turn Banks, author of AIDS, Opium, Diamonds and Empire

“There are many reasons to be learning from Indigenous knowledge systems.”
—Chet Bowers, author of Ecological Intelligence and Educational Reform 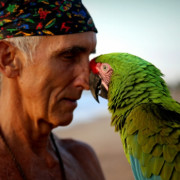 But Lakota activist, lawyer, and professor Vine Deloria, Jr., called this action “Conquest Masquerading as Law” in my 2008 book Unlearning the Language of Conquest.

There is insult buried within the resolutions and their timing that must be recognized for truth and reconciliation goals. Consider the irony of choosing for the Indigenous recognition Black Friday, a day when Americans ravenously display materialistic values that stand in stark contrast to Indigenous ones. Consider also the truth about Thanksgiving Day: The first official Thanksgiving was when Massachusetts Bay Colony governor declared a day of public thanksgiving to commemorate the massacre of 700 men, women, and children who were celebrating their annual Green Corn Dance. The proclamation read “there now scarce remains a name of a family of them (the Indians) but are either slain, captivated or fled.”

If we heed Santayana’s declaration about the importance of learning truthful history in order to prevent its unfortunate recurrence, some awareness as a starting place for more transformative thinking may be in order. According to the Manataka American Indian Council, in 1614, English explorers brought a ship of Patuxet Indians to England as slaves, leaving behind smallpox for those who escaped. By the time the Pilgrims arrived in Massachusetts Bay in 1620, only one Patuxet named Squanto was left. To prevent more destruction, he negotiated a peace treaty between the visitors and the Wampanoag Nation. There was a feast and thanks shared by all. 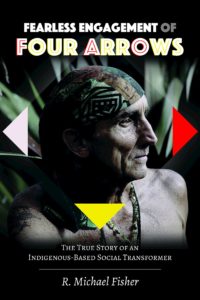 Perhaps November can be a window in time for looking to authentic gratitude for community, peace, and the gifts of Nature. However, without the more complete understanding of history, the resolutions on behalf of American Indians and Alaskan Natives will continue to be little more than a gesture. There is much more to do on their behalf. As social/ecological justice educators who know that an allegiance to gratitude for all of life is inherent in Indigenous cultures lifeways, we can also learn to go deeper and wider with our gratitude for life’s gifts on Thanksgiving.

There is much more we can learn, however. More and more great thinkers recognize this. David Suzuki recently wrote that “Aboriginal people, not environmentalists, are our best bet for protecting the planet.” Noam Chomsky says “the grim prognosis for life on this planet is the consequence of forgetting what traditional societies knew and the surviving ones still recognize (2016, back cover of Teaching Truly). If true, what is stopping us from re-learning the worldview that guided us to live in relative balance for 99% of human history?

The sunrise thanksgiving prayer of the Haudenosaunee is a partial answer to this question. Used also to open and close every social meeting, it acknowledges and thanks all diverse aspects of the natural world, the two-legged, four-legged, crawlers, swimmers, flyers and rooted sentience all around us. It reminds us about mutual respect, conservation, love, generosity, and the responsibility to understand that what is done to one part of the Web of Life, we do to ourselves. It reveals that gratitude is a starting place for wellness. The prayer begins with acknowledging the diversity of People:

Today we have gathered and we see that the cycles of life continue. We have been given the duty and responsibility to live in balance and harmony with each other and all living things. So now, we bring our minds together as one as we give our greetings and our thanks to one another as people. Now our minds are one