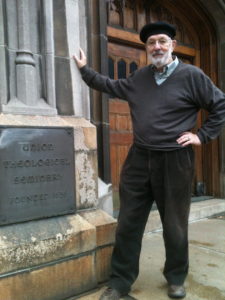 The Frederic Hudson family recently made its final contribution to complete the $100,000 endowed scholarship named after one of Fielding’s visionary founders.

Family, friends, and several leaders of the Hudson Institute of Coaching gathered at the Hudson family home on April 2, the third anniversary of the scholarship fund.

The fund will be used to award scholarships annually to a Fielding doctoral student preparing research in the area of coaching. The first scholarship from the Fund will be available to Fielding students this year.

Frederic Hudson was the founding president of the Fielding Institute and helped establish the values that distinguish Fielding today. You can make a personal contribution to the Frederic Hudson Endowed Scholarship online. Just select “Hudson, Frederic Endowment” under the Gift Designation option. If you have additional questions, contact giving@fielding.edu.