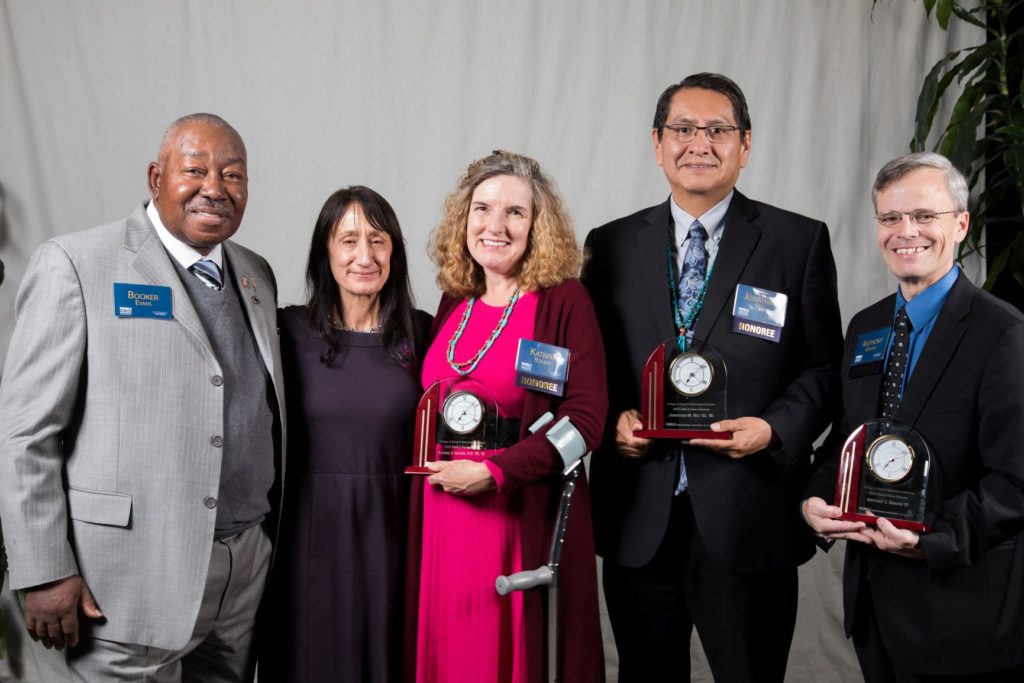 Fielding President Katrina Rogers, PhD, was recently inducted into the Alumni Hall of Fame at Northern Arizona University, where she earned her Master’s of Arts in History and her Doctorate in Political Science.

She was one of the three honorees to be inducted over Homecoming Weekend in October to the College of Social and Behavioral Sciences (SBS) Alumni Hall of Fame. Also included were Jonathan Nez, vice president of the Navajo Nation, and Anthony Gibson, executive director of Federal Relations for the University of Pittsburgh. 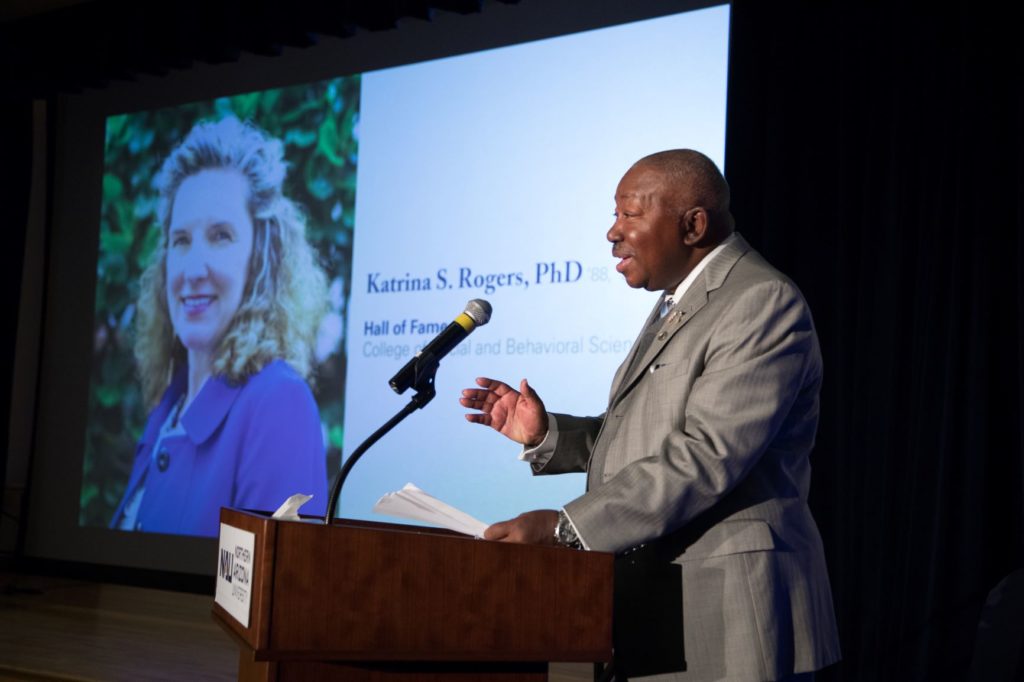