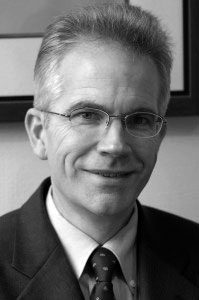 Article from The National Coalition for Dialogue & Deliberation Community Blog

“John’s new title recognizes the work he has already done, providing leadership to both the foundation’s research programs and its operations,” said Kettering president David Mathews in announcing Dedrick’s new title. “This recognition is long overdue and well deserved.”

“It’s an honor and privilege to be part of this organization,” Dedrick said. “I’m grateful for the opportunity to serve the foundation.”

Since 2008, Dedrick has served as Kettering’s vice president and program director. He joined the foundation in 1995 as a program officer and held the position of director of programs from 2003 to 2008.

Dedrick received a BA and MA from the College of William and Mary and an MA and PhD in political science from Rutgers University.

Dedrick is emeritus board president of Philanthropy for Active Civic Engagement. He serves on the executive committee of the Deliberative Democracy Consortium, Philanthropy Ohio’s public policy committee and the editorial board of the Journal of Public Deliberation. He is also a faculty fellow at Fielding Graduate University, where he leads seminars on topics including deliberation, dialogue, and civic engagement.

The Kettering Foundation is a nonprofit operating foundation rooted in the American tradition of cooperative research. Kettering’s primary research question is, what does it take to make democracy work as it should? Kettering’s research is distinctive because it is conducted from the perspective of citizens and focuses on what people can do collectively to address problems affecting their lives, their communities, and their nation.