Creating the National Museum of the American Indian 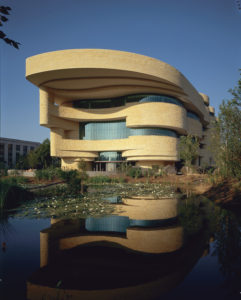 National Museum of the American Indian

In honor of Native American Heritage Month, Fielding Trustee Patricia Zell, JD, shares her experience of helping to create the National Museum of the American Indian, which opened in 2004 on the National Mall in Washington, DC.

Ms. Zell was chief counsel of the United States Senate Indian Affairs Committee, and served on the Board of Trustees of the museum.

I was actually involved in the creation of the National Museum of the American Indian even before the idea had been born. Our mission was to rescue a priceless collection of over a million Native American cultural and sacred artifacts gathered over many years by George Gustav Heye from North, Central and South America that was in such a deteriorating state that a good portion of the collection was in danger of permanent destruction. 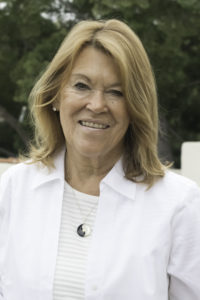 In his will, Heye had established a trust of his collection, which was to be held by the Museum of the American Indian (MAI), Heye Foundation, in New York City– with a proviso that the collection must have a permanent presence in New York.

In February of 1987, Barber Conable, the chairman of the Heye Foundation Board of Trustees, a former member of Congress, and at that time, president of the World Bank, invited Senator Daniel K. Inouye of Hawaii, the new chairman of the U.S. Senate Committee on Indian Affairs, to come to New York and view the Heye collection. Sen. Inouye, in turn, invited the Secretary of the Smithsonian Institution, Robert McCormack Adams, to accompany us on that trip as we (Senate Indian Affairs Committee Staff Director Alan Parker and I) toured the museum facility as well as the curational facility on April 20, 1987.  The following day, Sen. Inouye and Secretary Adams met with the MAI Board of Trustees and offered their assistance in working with the MAI Board to save the Heye collection.

Thereafter, the Secretary and Sen. Inouye met with Senator Daniel Patrick Moynihan of New York to discuss the possibility of having the Smithsonian Institution in Washington, D.C., acquire and preserve the Heye collection – if a presence for the collection in New York, pursuant to the provisions of Heye’s trust, could be found. Sen. Moynihan was well versed in the efforts of the MAI Board of Trustees to find a safe home for the Heye collection, and as Chairman of the Senate Committee on Environment and Public Works, which had jurisdiction over all Federal buildings in New York and other states, Sen. Moynihan posed the idea of housing the Heye collection in the Old United States Customs House at One Bowling Green, in New York City – a building whose upper floors were being renovated to house offices for Federal judges, but which also had a magnificent space for exhibitions and museum offices. 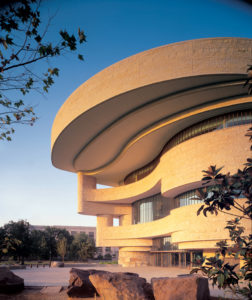 Discussions with officials of the City and State of New York ensued – the City and State taking the adamant position that no part of the collection could have a presence outside of New York, and the Smithsonian Institution insisting that both the requirements of Heye’s trust and an institution with decades of experience in museums (as Smithsonian had) could be harmonized to save the Heye collection. Critical to the outcome of these difficult discussions was the leadership of David Rockefeller, who along with Sen. Inouye, guided the parties to find a means of resolving their differences. In the meantime, Sen. Inouye was meeting with his colleagues on the Senate Rules Committee (the committee of jurisdiction over the Smithsonian Institution), to explore their willingness to support legislation which would establish the National Museum of the American Indian within the Smithsonian Institution. Ultimately, after consulting with American Indian leaders across the nation, Sen. Inouye introduced the legislation. Then Congressman Ben Nighthorse Campbell stepped forward to garner support for the bill in the House of Representatives. The legislation was signed into law on November 28, 1989, and the National Museum of the American Indian was on its way to becoming a reality.

The Smithsonian retained an architectural consulting firm to meet with Native people in North, Central, and South America to elicit their visions of how the new museum should be designed – and from that lengthy process emerged a startling consensus on both the exterior and interior of the museum. On September 21, 2004, tens of thousands of Native people walked from the Washington Monument toward the U.S. Capitol, for the museum’s opening.

Today, the National Museum of the American Indian is the most visited of all the Smithsonian Institution’s museums, and sits on the national mall facing the U.S. Capitol. 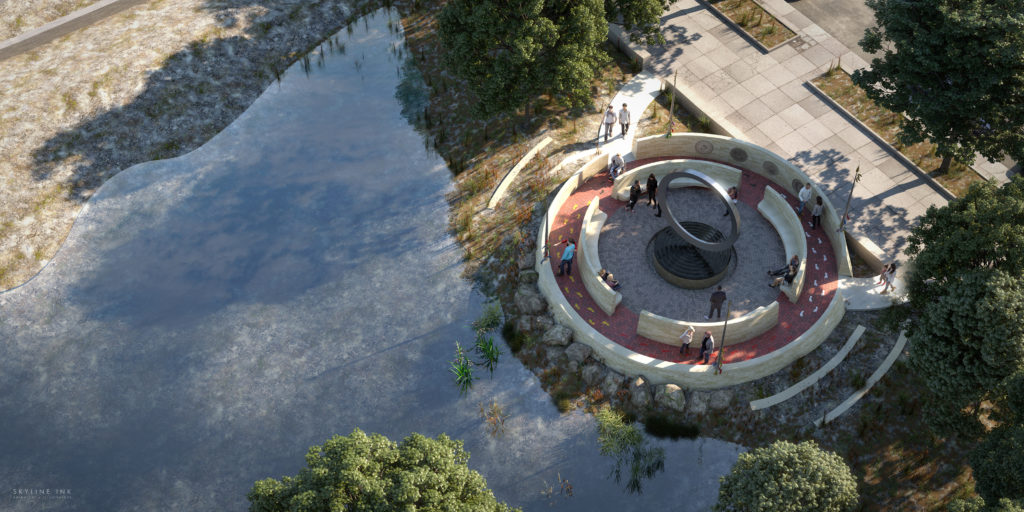 “Warriors’ Circle of Honor,” the design for the National Native American Veterans Memorial

On November 8, 2018, a National Memorial honoring the military service of Native American veterans will be dedicated on the grounds of the museum, recognizing that more Native Americans, in proportion to their percentage in the U.S. population, placed themselves in harm’s way and sacrificed their lives in the service of our country than any other group of Americans.

Fun facts about the museum:

1. A diverse and multifaceted cultural and educational enterprise, the National Museum of the American Indian (NMAI) is an active and visible component of the Smithsonian Institution, the world’s largest museum complex. The NMAI cares for one of the world’s most expansive collections of Native artifacts, including objects, photographs, archives, and media covering the entire Western Hemisphere, from the Arctic Circle to Tierra del Fuego.

3. Since the passage of its enabling legislation in 1989 (amended in 1996), the NMAI has been steadfastly committed to bringing Native voices to what the museum writes and presents, whether on-site at one of the three NMAI venues, through the museum’s publications, or via the Internet. The NMAI is also dedicated to acting as a resource for the hemisphere’s Native communities and to serving the greater public as an honest and thoughtful conduit to Native cultures—present and past—in all their richness, depth, and diversity.