‘Where Are You Really From?’

Home » ‘Where Are You Really From?’
By admin|Published On: May 3rd, 2018|Categories: University Communications|

May is Asian Pacific American Heritage month—a month of reflecting on what it means to be Asians in America. I became an Asian when I arrived in America in 1989 as an international student. Prior to that point, I was just me, a Chinese-Thai woman, a daughter of Chinese immigrants, living in a homogenous country among friends from similar cultural and socio-economic backgrounds.

Over the past 30 years, I have crossed many cultural borders and boundaries in this racialized country. I was an Asian international student speaking English as second language. A few years after graduate school, I became a foreign worker holding a working visa. After I married an American husband, I fully became an immigrant and a green card holder. Throughout the changes in statuses, my cultural identity, race, class, and gender among other things intersected in various ways.

For instance, it was when I first arrived as a student that I learned about the concept of Asians as model minorities. People asked me to tutor them in math. I wasn’t that great in math but I was told over and over about how I should be. I also learned about stereotype traits and how I fit or didn’t fit into many of them as a non-submissive outspoken Asian woman.  When I was an international student, most of my peers assumed I was “one of those rich Asians.” Interestingly, when I began to work as a professional, my colleagues and others with whom I met often asked, “How did you get your visa?” That was when I realized that I was slowly crossing from being a foreign visitor to becoming part of the American’s racial hierarchy. This is when I was no longer perceived as a rich international student but an immigrant hoping to cash in on the American dream. 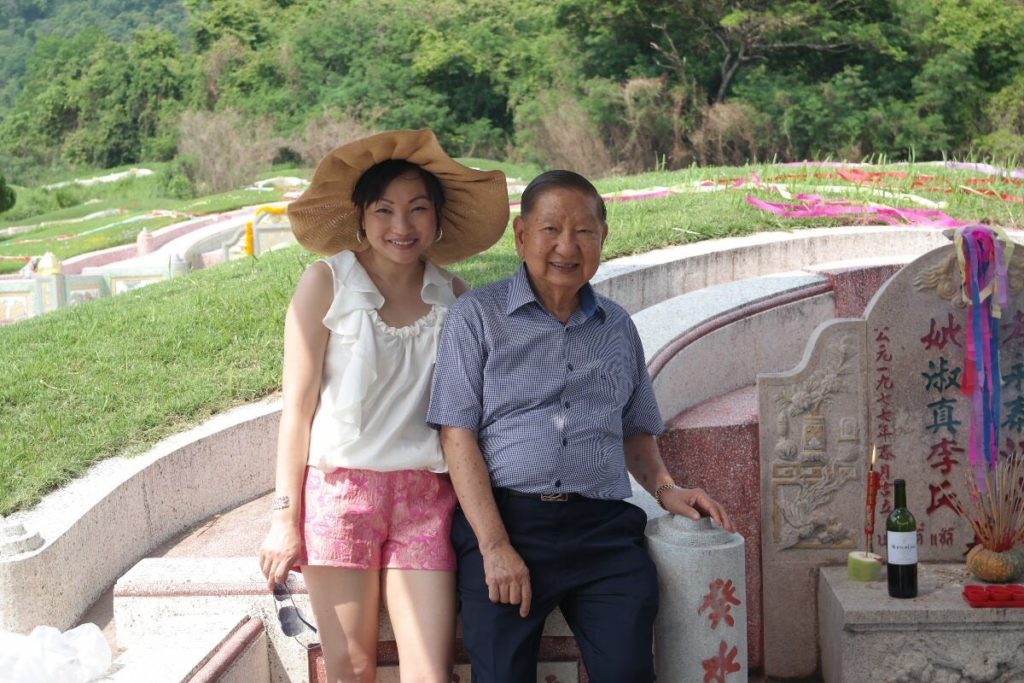 Dr. Dang and her father at her Chinese grandparents’ grave in Thailand

The change in status became more apparent when I married a White American man from the Midwest. People often ask, “Where did you meet? Or “How did you meet?” as they tried to figure out my social position. Is she one of those poor Asian women who was brought to a better life by her White husband?  When we are in social settings together, people often speak to my husband and don’t acknowledge me. Sometimes I’ve used that as an opportunity to not engage with people I didn’t want to talk to anyway; other times, I’ve gotten mad, interrupted the conversation, and introduced myself, to find those surprised looks on their faces followed by, “I didn’t know you speak English!” I haven’t yet become mad enough to say that not only do I speak English, I have five degrees including a PhD.

I wish I could spend only one month reflecting on what it means to be an Asian woman in this country. The truth is I have to think about being an Asian person every day of every month: when I buy groceries, when I get a haircut, etc. For instance, last year in a professional setting someone asked which refugee camp in Thailand I grew up in. At a hair salon this weekend, the hairdresser asked me where I was from; when I told her that I was from Wisconsin, she said no, I meant where are you really from. An American colleague once said, “You are the least Thai person I have ever met.” (I wonder how many he had actually met in a country of millions.) Typically, I usually get, “Oh! You don’t look Thai” as if there is such a thing as a “Thai look.” A few weeks ago in a grocery store, a gentleman asked me where to get good sushi. I told him I don’t know because I don’t really like sushi.  He looked surprise and said, “You don’t like sushi?” At work as I was puzzling about how I am not being taken seriously as a dean, someone mentioned, “maybe because of people’s perceptions of Asian women.” Being an Asian woman is something I cannot change. Standing on a sidewalk in Santa Barbara a few weeks back, a man stopped and asked me if I do nails. I smiled and said no.

I can go on and on about my “adventures” here in this great country, but what I am trying to get across here is that being Asian is not monolithic. Identity is complex and multifaceted.  Sometimes these facets intersect and other times they get socially constructed as a dichotomy, like being an Asian and an American. Stereotype traits affect us even when we laugh it off. We internalize those incidents and they turn into messages that shape who we are and how we see ourselves in this racialized society. Most importantly, they fatigue us by forcing us to focus most of our energy on only one small part of our identity while ignoring the other parts of who we are as people that are equally or even more important.

Join us at a Fielding Zoom panel, of which Dr. Dang will be a part, at 9 am PT/noon ET on Saturday, May 19. The topic will be “Why Pan Asian-Pacific Islander Cultural Identity Matters in Education, Psychology, and Organizational Development.” It will feature Fielding faculty, staff and alumni. Watch the Facebook group, this blog post, and myFielding for the Zoom link!