Let’s be honest: Academic research can sometimes be dull. But not when you’re doing a Structured Anger Assessment Interview with Dr. Anthony Greene.

“I’ve had occasions when 20 minutes into the interview, someone says, ‘If you ask me that question again, I’m going to smack you in the face,’” he says. “I’ve had to stop the interview.” 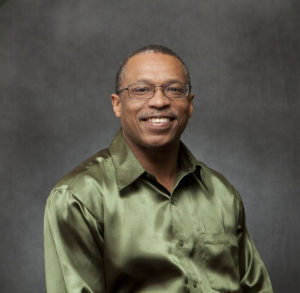 Dr. Greene oversees Fielding’s in-house research project Young Voices, an ongoing investigation into anger experience and expression in adolescents. As part of the project, Dr. Greene trains his students to administer the anger-assessment interview, which was developed by one of his grad school colleagues.

“It’s a provocative interview,” he explains. “There’s a lot of asking people to justify why they do what they do, like saying, ‘Why does that make you angry?’ If they’re defensive or don’t feel comfortable with it, that tends to provoke aggressive behavior — ‘verbal stylistics,’ we call them — and that’s part of the assessment: rating what provokes their anger, and how they respond and cope.”

Some of the verbal stylistics they look for are intensity, expressiveness, laughter, self-involvement, hostility, and even loudness.

“It’s a more nuanced way of measuring anger as opposed to a paper and pencil, where they’re just circling numbers,” he says. “It’s a little richer and it’s harder for them to fake.”

But it does require an interviewer with a cool head.

“I’ve definitely learned a lot about the range of triggers that people have,” he says, “and to manage that instinctual fear of anger—to learn how to sit with someone who’s on the edge of losing it.”

His interest in anger developed from his passion for wellness. He attended the University of North Carolina at Chapel Hill as an undergrad with the goal of becoming a veterinarian. But some junior-year career counseling changed his course.

He began working with special-needs kids and teens with substance abuse issues, and went on to earn his Doctor of Philosophy at the University of South Florida.
“It’s a good fit for me,” he says. “It’s feel-good work. I’m fascinated by how plastic the mind is and yet how it can hold things and shape our behavior in ways we’re not aware of.”

After researching the interaction between anger and heart disease, and working with domestic violence offenders on court-ordered anger management, he joined the Fielding faculty 23 years ago. As founder and coordinator of the university’s Violence Prevention and Control Concentration, he launched the Young Voices project in 2013 to collect data on what teens are angry about and how they express it. Students all over the country recruit interview subjects from their local communities, interview them, record and code their responses, and enter them into the growing database.

Why does this kind of research matter?

“Let’s say I’m doing an evaluation of an angry, minority kid from an impoverished neighborhood,” says Dr. Greene, “and I evaluate him as being antisocial—something negative. In his environment, he has a logical, sound reason for being angry; it’s not really a mental illness, it’s that his environment is sick. That level of anger varies according to different social identities, i.e. what race you are, gender, sexual identity.

“By sampling across kids and getting some norms across different identities, there will be data people can use to say, ‘This level of anger is pretty normal for a kid of this background.’”

The research could prove useful to therapists in other ways, as well, offering anger-management tools and interventions for parents, teachers, and therapists. For example, the study’s data shows that kids with more best friends have more healthy expressions of anger, kids who play organized sports are less angry than those who don’t—and that yelling into a pillow isn’t as helpful in quelling rage as common lore would have us believe.

“It may in fact intensify the feeling,” says Dr. Greene. “You may need to do some problem solving.”

More than 20 Fielding students have contributed research practicum hours to the study, which currently includes data on nearly 200 subjects. Dr. Greene hopes there will be thousands one day, and—if cool heads prevail—it’s likely there will be.