Fielding HOD Alum Ed (AKA James) Rankin, PhD, recently gave a presentation at the World Congress for Middle Eastern Studies. He spoke about the research from his Fielding dissertation on Conspiracy Theory and the War on Terror.

He sent us a summary of his talk: 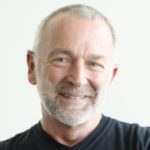 Being successfully labeled a conspiracy theorist, can carry some very grave consequences. deHaven-Smith (2013) states, “the conspiracy-theory label is so dangerous as a principle for regulating political speech; it equates intellectual non-conformity with irrationality and seeks to enforce conformity in the name of reason, civility, and democracy”.  Indeed, there is evidence some of the world’s more notable academics and thinkers might fear the label. Avoidance of the label likely leads to self-censorship.

Academics’ aversion to the label conspiracy theory is acknowledged by some of them. Jeffrey Bale (2007) stated that “very few notions nowadays generate as much intellectual resistance, hostility and derision within academic circles as a belief in the historical importance or efficacy of political conspiracies”. Many, perhaps most, scientists and academics consider conspiracy theorists and their beliefs irrational and are averse to being associated with them. Levy (2007) suggested that academics and other intellectuals who become associated with “conspiracy theorizing . . . [risk exclusion from] epistemic authorities”, putting their ability to engage in genuine inquiry, including that required to evaluate conspiracy theory itself, at risk.

Rather than being dismissed at the level of evidence, those questioning official accounts are frequently dismissed by being labeled “conspiracy theorists”. Their views are dismissed because they are considered outside the “sphere of legitimate controversy”. In other words, the conspiracy theorists are not engaging in the “game of truth” defined by those in power. They are not playing by the rules by which truth is produced. Put another way, conspiracy theories are “unofficial”, “subjugated knowledges”. Subjugated knowledges are “blocs of historical knowledge which were present but disguised within the body of functionalist and systematic theory”. They “have been disqualified as inadequate to their task or insufficiently elaborated: naïve knowledges, located low down on the hierarchy, beneath the required level of cognition or scientificity [sic]”.

According to authority, competing conspiracy theories do not reach a level of legitimacy to even be falsified. “They are para (beyond or beside) the nous (mind). They are paranoid.”

“Among the competing accounts for any event, the official version is not merely the winner in the game of truth—it determines who the players can be.” Bratich argues the “conspiracy theory” pejorative “functions as an intolerable line and an antagonism”. Labeling someone a conspiracy theorist is a tactic employed as a strategy of subjugation or a strategy “by which…disbelief is validated and…counterknowledge [sic] is discredited.”

Whether one accepts the official explanation for the events of 9/11 or not, it’s difficult to argue those events were not used to justify the WoT and the official rhetoric martialing public support has been sophisticated. The approach used to sell the WoT to the public is timeless. Graham, Kenan & Dowd (2004) found common themes in George W. Bush’s creation of the “war on terror” in “call to arms” speeches made by leaders over a one-thousand-year period. From 120 texts created over the past millennium, the researchers selected four speeches exemplary of “call to arms” rhetoric. These were (a) an address made by Pope Urban II in 1095 launching the first crusade; (b) a 1588 speech by Queen Elizabeth I in which she declared war on Spain; (c) Adolf Hitler’s 1938 address at the Reichstag prior to Germany’s annexation of Austria; and (d) Bush’s 2001 White House declaration of the ‘war on terror’. In each of these four texts, the researchers found the four generic elements of (a) appeals to legitimating power source(s) external to the orator; (b) appeals to history; (c) constructing the evil other; (d) uniting behind the greater good.

Jackson suggests the four most commonly occurring meta-narratives used by those in power to describe the attacks on 9/11 were the comparison of the 9/11 attacks to the 1941 attacks on Pearl Harbor, the cold war fight against communism, the battle between civilization and barbarism and the threat terrorism posed to the benefits, largely economic, of globalization with the World Trade Center towers serving as symbols of global economic integration.

Intentionally or not, the “set up” for the WoT began years before 9/11. Established in 1997, the Project for a New American Century’s (PNAC) stated goal was “promote American global leadership”. It’s flagship project was a September 2000 report titled “Rebuilding America’s Defenses: Strategy, Forces and Resources for a New Century”. The seventy-six-page report bemoans what it terms “the declining state of the US military” and calls for greatly increased spending and a “serious transformation” of the military.

According to the report, this transformation is likely to be a long one “absent some catastrophic and catalyzing event – like a new Pearl Harbor”.  Ten senior members of the George W. Bush administration, including Dick Cheney, signed the PNAC document.

The suggestion a “transforming event” might be required to gain public support for a WoT can also be found in a December 1998 report Catastrophic Terrorism: Tackling the New Danger, published in Foreign Affairs a publication of the Council on Foreign Relations. In the article, where one finds a subtitle “Imagining the Transforming Event”, the authors suggest a potential “act of catastrophic terrorism would be a watershed event in American history. Like Pearl Harbor, this event would divide our past and future into a before and after.”

One of the authors, Ashton Carter served as US Secretary of Defense under President Barack Obama. Another, John Deutch was Director of Central Intelligence under President Bill Clinton. The third, Philip Zelikow served as Executive Director of the 9/11 Commission, the organization charged with conducting the government’s official investigation of the attacks.

Americans have known wars – but for the past 136 years, they have been wars on foreign soil, except for one Sunday in 1941.

For my country, the events of September the 11th were as decisive as the attack on Pearl Harbor and the treachery of another September in 1939.

In other public statements and speeches, Bush and members of his administration, used political rhetoric to legitimize and normalize their WoT. Additionally, the rhetoric from Washington turned acts of terrorism into acts of war, successfully convincing the American public it faced unimaginable dangers and threats.

Clearly, 9/11 served as the catalyzing event necessary to gain and sustain support from the public to initiate the seemingly endless WoT. On October 10, 2001 in a meeting of the US House of Representatives Committee on International Relations, Congressman Tom Lantos stated in his opening remarks, “If September 11 was Pearl Harbor, October 7 was D-day, the beginning of the end of international terrorism.” He went on to say, “The war against terrorism will be fought in the air, on the land, on the seas, but particularly the airwaves.”

As Lantos predicted, the WoT has been fought militarily and in the media. Restrictions against government directly and indirectly influencing the public through the media have been lifted.  In 2012, Congress passed HR 5736, or the Smith-Mundt Modernization Act of 2012 (U.S. Congress, 2012) lifting restrictions prohibiting the government from deploying propaganda domestically.  There is evidence the government has taken advantage of its new-found freedom.