You Can Argue Away A Theory, But You Cannot Argue Away Your Behavior!

Home » You Can Argue Away A Theory, But You Cannot Argue Away Your Behavior!
By admin|Published On: September 24th, 2020|Categories: Evidence Based Coaching|

I enjoy observing behaviors, especially observing through the lens of theory. Favorites include personality, group development, and Planned Renegotiation.

I was observing golf buddies recently, Chuck and Jim, who were talking about Home Owner’s Association (HOA) and members not paying fees. Chuck wants to suspend golf privileges. Jim explains he can’t do that; if a member sues, the HOA will lose. Chuck is upset that Jim won’t support him. As they continue, I offer my observations to each buddy relative to what might be going, and why their voices slowly raise.

John Sherwood makes a case for the potential of conflict due to expectations not being shared. Instead, they are often implicitly held. His model helps me understand how conversations escalate to conflict or worse. 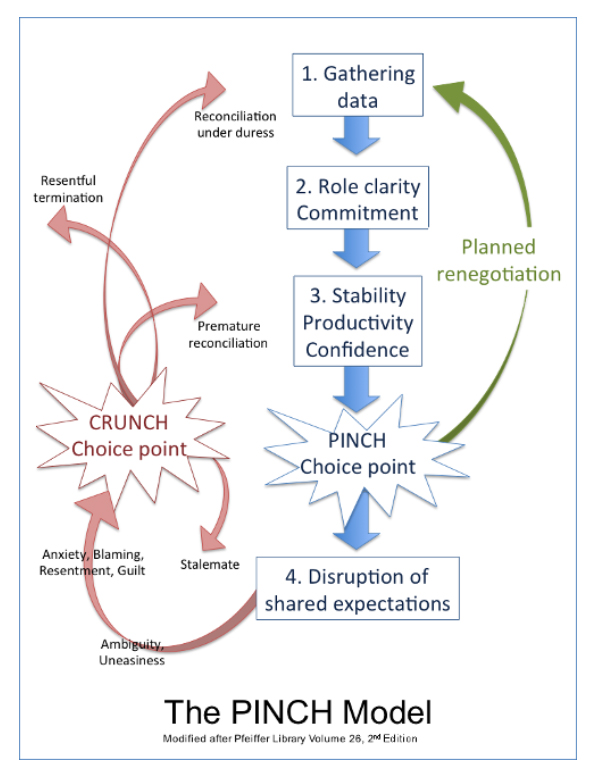 Referring to the Myers-Briggs Type Indicator, I experience Chuck as ENFJ and Jim as ISTJ. According to type, here is how they often handle conflict or pinches as a result of disruptions of shared expectations.

Based on descriptions, Chuck (ENFJ) tends to personalize conflicts and gets upset when Jim won’t support him. Jim’s preference (ISTJ) results in having little patience when conflict appears irresponsible. These differences led to disruption, voices raised, an conflict on the way.

My coaching career began in the ’90s with aircrews in the military who understood the importance of addressing disruptions healthily during flight. The task was to renegotiate pinches early on by making things explicit.

If we observe aircrew behavior, the ENFP pilot-in-command is thinking out loud, taking in information through the lens of possibilities. She is also a collaborator and likes to involve others. The ISTJ Navigator processes internally, takes in data based on facts in front of him, orients to the world through order and procedures, and is not naturally a collaborator. He interprets this discussion as impractical—the two head toward a disruption.

In both cases, there is potential for seeing the other as the problem. According to Sherwood’s theory, pinches turn to crunches, and crunches lead to incidents. Incidents are not good, whether talking about HOAs or flying a plane. Using a theory to understand human behavior, crews were able to get through pinches, thereby mitigating incidents.

With Tuckman’s group stages in mind, a route to healthy performing lies with the conversations back in the team forming stage around type and how preferences may lead to disruptions. Negotiating differences help teams ease into and through the storming stage, which is an important step on the way to high performing teams.

Coaches and clients using tools can observe behaviors as a way to increase effectiveness. Or they can keep seeing the problem as “out there,” while they snap at each other. 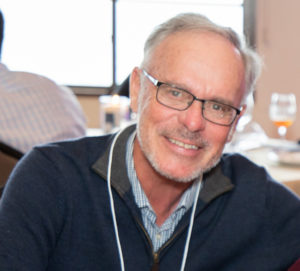 Scott Wakefield is an adjunct faculty in Fielding Graduate University’s (FGU) Evidenced Based Coaching Certificate program. He holds PhD in Human Development and is credentialed in personality assessments. He spends time between New Hampshire and Florida being in community with others who have transitioned from work to play, continues observing behavior, and linking to theory (driving buddies crazy). You may reach him at gswakefield@fielding.edu. For more on Fielding’s EBC Coach Training Program, see http://coach.fielding.edu.