The nature of production has changed over the part fifty years, and not in ways that auger well for our planet or its people. These changes – which reflect larger, systemic processes of globalization – are symbolized by the half-century shift in fortunes between the world’s largest corporations (Lichtenstein, 2005). 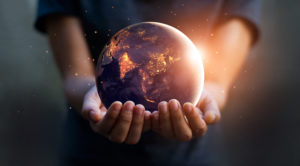 The emblematic late 20th century corporation was General Motors, whose revenues made it at the time the world’s largest firm. General Motors was a giant manufacturer: it not only designed and sold motor vehicles, but it also made them. Most of GM’s work was done in-house by its own workforce, including more than 600,000 U.S. unionized workers (Associated Press, 2019). As unionized workers they could (and did) effectively bargain for a share of the growing American economic pie: higher wages, shorter working hours, a safe and healthy working environment. Today, however, the manufacturing world has significantly changed.

The emblematic 21st century firm is no longer GM, but Walmart – a giant retailer whose revenues exceed a half trillion dollars, outstripping every other firm (Fortune, 2020), as well as the GDP of all but twenty-five or so countries. Walmart sells other firms’ products – firms that do not manufacture anything, but instead outsource their production to independent contractors through supply chains that circle the globe. In today’s business model, the global corporations that a half century ago were called “manufacturers” are better understood as “branded marketers:” they design and market products, but the actual manufacturing occurs in millions of independently owned contract factories throughout the world. Corporations that use these factories have no legal responsibility for the social or environmental problems that inevitably arise during production. Because of competitive pressures, businesses often source from factories in countries where environmental and labor standards are weak or nonexistent, and – even if they exist – are seldom enforced.

Brand competition at the top means that factories now compete globally for clients by cutting wages and creating working environments that are harsh, unhealthy, and unsafe. The results are usually hidden from public view: whether you buy cheap clothing or the latest model iPhone, you have no way of knowing where your purchase was made, or under what conditions. Occasionally abuses are so significant that they cannot be hidden – as when the eight-story Rana Plaza industrial building in Dhaka, Bangladesh collapsed in 2013, killing 1,134 garment workers and injuring another 2,500 (Nova and Wegemer, 2016; Ross, 2016, or harsh working conditions in the giant Foxconn electronic assembly plant in Shenzhen, China led to 14 suicides in 2010. Rana Plaza was making clothing for virtually every name-brand apparel maker in Europe and North America; Foxconn was Apple’s principal assembly plant for iPhones (Chan, Pun, and Selden, 2016).

In the age of GM, unionized workers in advanced industrial countries had some degree of power, thanks to a three-party system of governance involving unionized labor, corporations, and the government – the latter tasked with making and enforcing labor-management rules and regulations. In today’s age of Walmart, this tripartite “social contract” has been replaced by a “social accountability contract” that involves three very different parties: corporations, the contract factories they hire, and independent auditing companies that monitor factories and report back to the corporations that use them. Missing from this new tripartite approach are the workers themselves (or their union representatives), and government enforcement. What was once public regulation has given way to a system of private enforcement, which critics dismiss as the hen guarding the chicken coop. It is worth noting that the many factories in the Rana Plaza industrial building were all part of social compliance auditing schemes; Foxconn had Apple auditors (Esbenshade, 2016; Appelbaum, 2018).

In the 1990s, anti-sweatshop activists brought public attention to the problem of sweatshops in global supply chains. Prominent brands, such as Nike and Gap, became targets of student-led anti-sweatshop campaigns in Europe and the U.S. In response, many corporations moved to self-regulation, hoping to avoid public regulation by the countries where they sourced their production, or interference by international organizations such as the UN International Labor Organization. “Corporate Social Responsibility” (CSR) had become a buzzword by the early 21st century, a three-legged stool in which businesses pledged to value “people, planet, and profits.” Firms established CSR divisions, hired staff to implement social audits, and trumpeted their successes in public relations publications and product advertising. For the three-legged stool, one leg has proven to be foundational: profits. Publicly-traded firms cannot afford to sacrifice profits for more noble concerns, however well-intended. As environmental concerns became more publicly fashionable, the environmental leg was found to have good PR value, and occasionally might even contribute to the bottom line: as Walmart has showed, cost savings could be realized by cutting a firm’s carbon footprint (Sturcken and Bonini, 2018; Hertzberg, 2020). The third leg, however, has proven to be the weakest: providing safe and healthy factories, or paying a decent wage, adds to costs and cuts into profits. Perhaps for this reason, talk about CSR has morphed into talk about sustainability, which renders the notion of social responsibility largely invisible.

Fielding Graduate University, since its founding nearly a half century ago, has called for responsible stewardship both socially and ecologically. It’s vision calls for “educating leaders, scholars, and practitioners for a more just and sustainable world.” Social justice and sustainability – people and planet – have been at the core of Fielding’s DNA since its founding nearly a half century ago. It draws on faculty strengths and their professional networks, and benefits from a large number of alumni who have done their dissertations in this area and are active sustainability practitioners. Most importantly, it reflects two Fielding values: wedding scholarship to practice, and social/ecological justice. Fielding’s history sets it apart from the hundreds of universities that offer degrees on the environmental side of sustainability, but pay little or no attention to the social side. 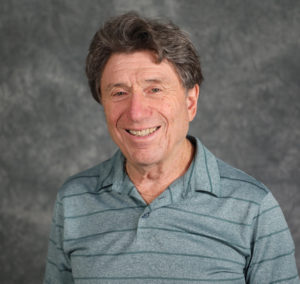 Richard P. Appelbaum, Ph.D., is Professor at Fielding Graduate University’s School of Leadership Studies, where he chairs the Doctoral Concentration in Sustainability Leadership. His research focuses on social and ecological sustainability, workers’ rights, and the impact of technology on globalization. His two most recent co-authored books are Innovation in China: Challenging the Global Science and Technology System (Polity, 2018), and Achieving Worker Rights in the Global Economy (Cornell University Press, 2016). He is the author or co-author of twenty books and 150 articles; is a Fellow of the American Association for the Advancement of Science (AAAS); has been a resident fellow at the Rockefeller Foundation Bellagio (Italy) Center; and he chairs the Advisory Council of the Workers’ Rights Consortium. He is Distinguished Research Professor Emeritus at the University of California – Santa Barbara, where he co-founded UCSB’s Global Studies Department.