The Alien Invasion is Finally Here. And It’s Invisible.

For decades, Hollywood films fantasized what it would be like if the world was suddenly confronted with an alien invasion. From Robert Wise’s “The Day the Earth Stood Still” (1951) to Steven Spielberg’s “War of the Worlds” (2005), these movies showed us the unimaginable devastation that would follow in the wake of these alien beings. The main plot of such films invariably revolved around a single question: What would be our response? What would happen if our planet was suddenly confronted by this great menace, superseding our borders, ideologies, race, or creed? The answer: At long last, we would overcome our differences. We would finally act as one, as a species, fighting for our survival.

That, at least, was the firm belief of President Ronald Reagan and his Soviet counterpart, President Mikhail Gorbachev, when they met for a summit on November 19, 1985. In a 2009 interview, Gorbachev revealed that during this summit, Reagan asked him whether in the event of an alien invasion, the U.S. and the U.S.S.R. could put the Cold War “on hold” and together work to overcome this threat to humankind. Gorbachev replied in the affirmative.

That spirit of transnational solidarity was then vividly put on display in Roland Emmerich’s 1996 motion picture “Independence Day.” At the movie’s climax, when the aliens are poised to destroy the Earth from their mammoth mother ship, the American President (played by Bill Pullman) and a fighter pilot (played by Will Smith) lead a fleet of fighter jets from all the world’s nations (including America’s foes in the Middle East) to blast the aliens from the sky. It was a thrilling moment, for it gave us hope that if indeed the world ever faced such a grave threat, we would pull together and join forces to defeat it.

And now, that alien invasion is here. It’s no longer a dystopian fantasy; it’s a fact. For several months now, this invasion has cut a swath of destruction across the globe, killing tens of thousands while paralyzing much of the global economy. Fear of these aliens has all but grounded the world’s airlines, and forced us to shelter in our homes, only to go out for essential trips to the grocery store or the pharmacy. In just a few weeks, life on the face of the Earth has changed beyond our wildest imagining — or that of Hollywood, for that matter. And all because of aliens that are exactly 90 nanometers across. Invisible to the eye. Undetectable, until it is too late.

And what a devious little organism it is, this alien being. Cleverly designed with no less than four different proteins, it packs a wallop as it begins its assault on the human respiratory system. How it developed such a sophisticated genetic design, compared to other flu agents of the past (such as SARS), is still a mystery.

And how has the earth responded? Has our government indeed joined forces with other nations, as Hollywood would have it? Have we clasped hands to create a common front against the invader? The answer, sadly, is no. The World Health Organization (WHO), the only international body equipped to lead a global response, provoked the ire of Mr. Trump when, pushed into a corner over his late response to the pandemic and his administration’s conflicting messages over its severity, he blamed it on the WHO instead. To be true, the WHO — led by the Ethiopian microbiologist Tedros Adhanom Ghebreyesus — indeed prevaricated too long before declaring a pandemic on March 11, when the death toll in China had already passed the 3,000 mark. Critics, including The New York Times, accused the WHO of trying too hard to accommodate China, which at first refused to acknowledge the outbreak and ordered Chinese physicians in Wuhan to stay silent. But there is no question that ever since, the WHO has served as the only viable global organization to coordinate the fight.

They are, however, deeply hamstrung. Since 2014, the WHO has been forced to lay off staff and sharply curtail its activities because donations from governments — which add up to 80% of its operating budget — have dropped precipitously. That’s why Mr. Trump’s threat to cut off American funding for the WHO is counter-productive, just when we need such a world body to coordinate a global response.

The result? Countries, including lifelong friends and allies, are fighting each other for access to test kits, masks, gowns, respirators and other vital medical equipment. Third World nations with a fraction of the resources of First World governments are left in the dust. Even in America, states are furiously trying to outbid each other for these products to the tune of millions of dollars. The Federal Government, the one institution that is supposed to defend our nation “against enemies foreign and domestic,” is scrambling to catch up. Where is Bill Pullman when we need him?

Meanwhile, rather than forging a common front between the U.S. and China, the world’s two superpowers, Secretary of State Mike Pompeo pushed members of an emergency G7 meeting on March 25 to brand the coronavirus “the Wuhan Virus,” thus perpetuating the Trump Administration’s trade war tensions with China.

In Europe, the hope that the threat of COVID-19 would signal a seminal moment of solidarity among European Union members has turned to ashes as well. For the first time since the Schengen Agreement dissolved European borders in 1997, the frontiers between France, Germany, and countries in Eastern Europe have either been closed or reinstated with controls. Negotiations over “Brexit,” which consumed the EU for much of the past three years, have been put on hold. On April 8, an online video conference between E.U. finance ministers hoping to craft a common bail-out plan for the Eurozone dissolved in recriminations when Germany and the Netherlands refused to issue a special “coronabond,” which would have thrown a financial lifeline to Spain and Italy, both nations devastated by COVID-19.

So much for global solidarity.

There is only one glimmer of hope: irrespective of the inflated trade tensions between China, the U.S. and Europe, the scientists of these countries have quietly come together to launch the biggest scientific enterprise ever: to develop a vaccine for COVID-19. Many of their findings are rushed into a global pool of information, rather than waiting for peer review and publication in a medical journal. One example is the discovery by scientists at Tsinghua University in Beijing of a group of antibodies that could be “extremely effective” in blocking the ability of COVID-19 to enter cells. At the same time, hundreds of viral genome sequences have been shared between scientists in just the last 10 weeks. What’s more, this effort cuts across the private and public sector, uniting medical laboratories such as the Pasteur Institute in Paris with Big Pharma such as Themis Bioscience and insurers such as Kaiser Permanente.

In March, a group of artificial intelligence specialists announced that they had compiled a database of more than 44,000 research articles about COVID-19, so that it could be analyzed by machine-learning programs. As Matt Apuzzo and David D. Kirkpatrick wrote on April 1, “never before have so many of the world’s researchers focused so urgently on a single topic. Nearly all other research has ground to a halt.” Our world leaders may behave like sparring children, casting the race for a vaccine as a “biotech arms race,” but it is the world’s scientists who are focused on saving humankind from the greatest threat since World War II — regardless of who gets the credit.

Perhaps, when they do come up with a vaccine, we should ask these scientists to run for office. At the very least, this would ensure that the next time we are threatened by an alien invasion, we will respond exactly the way Hollywood imagined it: as a species, joining hands in defeating the greatest peril of our times.

This article originally ran in Medium.com 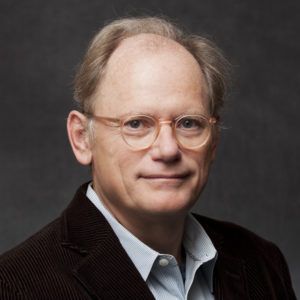 Jean-Pierre Isbouts, DLITT is a professor in the doctoral programs of the School of Leadership Studies at Fielding Graduate University. A humanities scholar, his research has been devoted to biblical archaeology, Renaissance Florence and 19th century Europe.

About the Author: Bryan Lopes