When celebrities like Robin Williams, Chris Cornell, Anthony Bourdain, and Kate Spade commit suicide, it gets the nation thinking about why people take their own lives — and what can be done to prevent it. In 2016 alone, nearly 45,000 Americans died by suicide. The 2017 data is not out yet, but according to the U.S. Centers for Disease Control and Prevention, the overall rise in suicide is 25%. The increase in suicide crosses all sexes, ages, races, and ethnic groups. 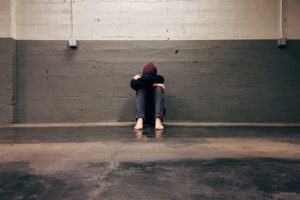 Understanding suicide is generally guided by questions about cause: “What made them do it?” The overwhelming sense of shock and betrayal overrides any other feelings because of a desperate wish to “un-do” what happened. There is much more to understand about suicide. The term “death by suicide,” used by family therapists and other mental health professionals, captures the complexity, pain, and helplessness more than “committed suicide” — a term that suggests a sense of power and control. To be sure, power and control are not a formula for suicide. The opposite is true: There is a real sense of no power and no control – only pain.

Would you believe the multi-generational family provides a context that can help us predict future candidates for suicide? If there is a suicide in even one generation, then there is a high probability that there will be a suicide in the present or future generations. Suicide runs in families just like drug abuse and alcoholism; we can’t talk family without talking biology.

When we face hard problems, most of us experience the stress of not knowing what to do. Stress activates a physical response in our bodies that releases cortisol (a hormone). Cortisol is produced during the fight, flight, or freeze response. Excess cortisol has negative consequences on both physical and mental health because it prohibits relaxation and rest. Being totally wired or chronically stressed for long periods escalates the use of maladaptive responses to life problems. Stressors like infidelity, divorce, separation, caregiving, infant/toddler care, codependence, abuse, domestic violence, a traumatic loss, or any other overwhelming family experience can sometimes be enough to send any one of us “over the edge.”

LGBT teens and young adults have one of the highest rates of suicide attempts compared to the general population. When Adam brings home Steve, they might be cut off from nieces and nephews because their siblings don’t want their kids “exposed to that.” This cut off and homoprejudice within the family hurts and condemns. Carrying the condemnation to another level are the deadly wishes such as the “wish you were never born,” the “wish you would drop dead,” and the “wish you would just be normal.” Not being able to find a place and a space among family who say they love you is especially difficult for teenagers who are developmentally struggling with identity in general and sexual identity in particular.

To be clear, our relationships with family and friends do not cause suicide. Indeed, the relationships in our lives can play a role in preventing suicide. Everyone experiences problems that seem too hard to solve. So how do some tap into resilience when others seek permanent escape from their lives? The emotional life of the family is regulated through expectations around care, competence, and compassion. These expectations exist in relationships and rarely do they change outside of therapeutic intervention. Through therapy, families can tap into resilience – a strength that grounds families in the reality of this world and also feeds hope for vibrant, robust, and productive members in the present and future.

Suicide attempts present a complex public health problem with considerable variation in prevention and treatment. The American Association of Suicidology reports that for every suicide there are 25 attempts. This means 1,125,000 attempts resulted in the 45,000 suicides reported in the U.S. in 2016.

To disrupt a pattern of suicide in families means having the tough conversation about how Uncle Joe really died and answering the not-so-easy question about “Why would he do that to himself?” None of us can change our biology, but we can address our embarrassment, helplessness, and pain by creating an emotional life in our families that is about trusting and loving each other enough to be vulnerable about how we feel and what’s on our minds.

There are always signs prior to death by suicide, such as those listed below from suicidepreventionlifeline.org. Should you notice any of these signs, please seek help by calling the Suicide Prevention Hotline: 800-273-TALK.