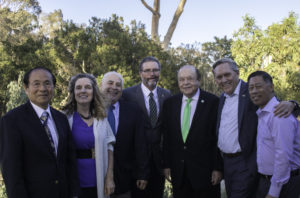 Dr. Beebe, who became president of City College on July 1st of this year, is currently a doctoral student in Fielding’s School of Leadership Studies.

“Fielding’s PhD program in Human and Organizational Development has been perfect for me as a practitioner-scholar,” he said. “My dissertation focuses on participatory governance in California’s community colleges, which is directly applicable to my work. I’m thrilled to be the new superintendent/president of Santa Barbara City College and look forward to finding ways we can build stronger connections to Fielding.” 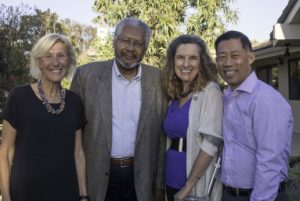 “Selecting Dr. Anthony Beebe to serve as president of Santa Barbara City College continues a long tradition of excellent leadership for an educational jewel in our community,” said Dr. Rogers. “We are excited to have him serve as a leader in Santa Barbara.”

Dr. Beebe, who has an EdD from Oregon State University and most recently served as president of San Diego City College, said that Dr. Rogers has been “an absolute role model” to him in his educational career. As a student at Fielding, he had an “a-ha!” moment when she gave a talk about the link between social justice and education. “You have no idea the influence you’ve had on me,” he said.