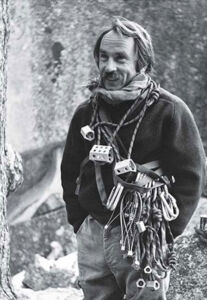 Yvon Chouinard is taking another stand for the environment.

Recently, he forfeited ownership of Patagonia, a company he founded nearly 50 years ago, in favor of social and ecological justice. In a letter he pinned for Patagonia’s website, Chouinard outlines the thought processes behind his decision, eventually landing on a 100 percent transfer of the company’s voting stock into the Patagonia Purpose Trust. Holdfast Collective, a nonprofit that fights the environmental crisis and defends nature, will have control of the entirety of the non-voting stock.

“If we have any hope of a thriving planet – much less a business – it is going to take all of us doing what we can with the resources we have,” Chouinard said in his letter. “This is what we can do.”

Chouinard has used innovative strategies to address social and ecological justice across the world through his company and other initiatives. 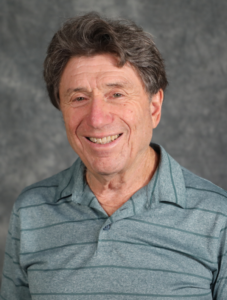 “Chouinard – who began as a classic climbing ‘dirtbag,’ became a blacksmith in order to make removable climbing gear that would not mar the crags he loved,” said Richard Appelbaum, Ph.D., professor, Human and Organizational Development Program. “He then moved into outdoor clothing, yet, despite Patagonia’s commercial success, never drifted from his roots. He had become world-famous as a mountaineer, big wall climber, kayaker, surfer, fly fisher, and all-around adventurer – but also remained a lifelong environmentalist.”

“Patagonia pioneered the ‘1% for the Planet’ movement, where one percent of gross sales – not just profits – go to addressing our planet’s most pressing environmental issues. From Ventura River restoration to Patagonia Action Works’ many ‘Take Action’ campaigns, Chouinard’s company used some of its wealth to turn its environmental knowledge into practice. It was able to do so because it was never publicly traded. It was privately owned by the Chouinard family and other shareholders who truly valued planet and people over profits.” 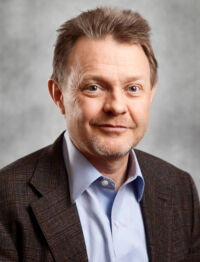 David Blake Willis, Ph.D., professor of Anthropology and Education and a faculty member in Human and Organizational Development Program, said Chouinard has been revolutionary in all aspects of his life.

“Chouinard has consistently led the way and others have followed,” Dr. Willis said. “That would be so in this case, too. It is a harder ask, but the world, at least concerning human’s impacts on the world, is in desperate straits. This is not an experiment. Like mountain-climbing, we are hanging out there in a precarious state with few hand-holds or directions to go next.”

With this decision, Chouinard is putting humanity and the environment first.

“Now in his mid-80s, Chouinard has thought hard about the future of the company he created a half century ago,” Dr. Appelbaum said. “Rather than raking in billions of dollars by going public, Chouinard transferred the entirety of Patagonia’s stock into a unique legal form he created to assure that the company’s wealth would be used in perpetuity for environmental purposes. In his own words, ‘Earth is now our only shareholder.’”

The impact of Chouinard’s decision will have a ripple effect for years to come.

“The Dalai Lama says that, ‘Because we all share this planet earth, we have to learn to live in harmony and peace with each other and with nature. This is not just a dream, but a necessity,” Dr. Willis said. “Yvon Chouinard has the compassion to realize he has to make a difference. This is his way, what he has just done, of acting for future generations.”

“Chouinard’s life and actions reflect Fielding’s commitment to social and ecological justice,” Dr. Appelbaum said. “They should inspire all of us to remind ourselves of Fielding’s vision statement – ‘educating leaders, scholars, and practitioners for a more just and sustainable world.’ Then, like Chouinard, we must walk the talk.” 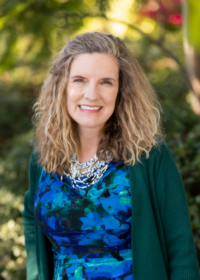 “For two decades, Fielding has officially been committed to social and ecological justice through its Institute for Social Innovation,” said President Katrina S. Rogers, Ph.D. “Our commitment goes back even further than that, when our founders built the foundations of Fielding. At Fielding’s inception, social justice and sustainability was a priority, and it remains within our mission today. Now, our values and strategic plans reflect ever-evolving partnerships that strengthen our sustainability efforts. The Fielding community is dedicated to conducting research and implementing education projects, developing carbon offset efforts, refining our on-site sustainability practices, and informing our community and beyond about best practices and resources. Transformative change occurs when social justice and sustainability become core principles that guide our efforts at Fielding and beyond.”