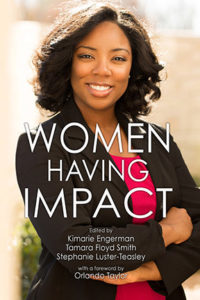 These discrepancies are particularly alarming in the United States, where women make up more than 60% of the nation’s student population, and 70% of the African American student population. While several remedies for addressing the issue have been suggested, few have focused on the challenges of preparing women for academic leadership roles in higher education. And yet, the evidence suggests that women academic leaders tend to produce higher retention and graduation rates of women students in STEM.

In response, the focus of this book is to document the extraordinary experiences and successes of women in academic leadership positions. In often deeply moving narratives, these authors describe how they used their knowledge and experience to impact their minority serving institutions to advance a broad participation of women (and men) in STEM at all levels.

In doing so, their essays provide a strong source of guidance for women at all academic institutions. This book is a sequel to an earlier volume, entitled Women Called to Lead. That book focused on the personal leadership journeys of several women who had participated in an NSF-funded academic leadership certificate program at The Chicago School of Professional Psychology, and later at Fielding Graduate University, known as OURS (Opportunities for Underrepresented Scholars). Many of the authors of this book are likewise OURS graduates.

Kimarie Engerman, Ph.D. is the Acting Dean and Associate Professor of Psychology in the College of Liberal Arts and Social Sciences at the University of the Virgin Islands (UVI).

Stephanie Luster-Teasley, Ph.D. is the Professor and Chair of the Department of Civil, Architectural and Environmental Engineering at North Carolina A&T State University.