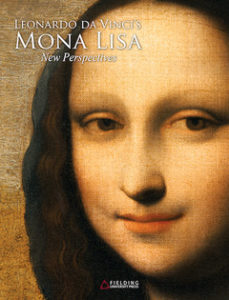 This important book, the development of which was fully funded by a European foundation, has allowed us to achieve a new level of publishing: with a trim size of 8 ½ by 10, and with 122 illustrations, it is printed entirely in color.

The core argument of the book is that, following a remarkable discovery in the archives of the University of Heidelberg, the original sources about Leonardo’s painting give us conflicting information. This raises several questions, including: Who is the Mona Lisa? When did Leonardo paint her? And why did he paint her?

The solution, posited in the book, is that Leonardo painted not one, but two versions of his most famous portrait. The first version, now known as the Earlier Mona Lisa, is expected to go on exhibit—for the first time—later this year, in the land of her birth: Italy.

Leonardo da Vinci’s Mona Lisa is now available from Amazon.
To order, click on the link below: