Established in 2002, the Institute for Social Innovation (ISI) supports research, professional development, and organizational consulting projects that aim to produce more effective, sustainable, or just solutions than current approaches. Learn more about the ISI below. 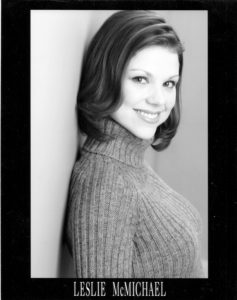 This Fielding ISI Fellow researches The Effects of Concussions on Independent Performers in the Film & TV Industry.

Bio: Dr. Leslie McMichael lives in Cochrane, Alberta, Canada. She has been a stunt performer since 1996 and a stunt coordinator since 2015. Her specialties include martial arts, wire work, driving and fire. She received her PhD with an Emphasis in Media Psychology from Fielding in 2008.

Research: She studies concussions in stunt performers to try to create awareness in the stunt community. Her study assesses the relationship between concussions and neuropsychological functioning; it also develops a standardized protocol for reporting concussions and appropriately managing the recovery process for those television and film workers who sustain them.

“I believe my efforts largely fell on deaf ears. Recently, aging stunt performers have been contacting me about their low quality of life due to repeated concussions. Perhaps now, with a reinvigorated approach, I can educate more of those willing to listen.”

Approach: With the help of my collaborators at Ohio University, we will quantitatively survey a wide range of performers from theatrical to film. This survey will delve into the why’s that deter performers from reporting their injuries or even taking the proper time to recover.

Goal: To educate the performers on concussions, recovery, and the union affiliations’ handling thereof.

Findings: I believe that we will find that performers do not report their concussions for fear of losing work. The short-term gain unfortunately outweighs the long-term cost.

Future Plans: As a stunt coordinator, I will continue to take care of my performers and ensure that they know the steps to take and the resources available to them should they suffer a concussion. I would like to someday be a university professor, perhaps in the media studies department.

About the Institute for Social Innovation

With a mission to turn knowledge into action, Fielding’s Institute for Social Innovation (ISI) taps Fielding faculty, students, and alumni across the globe to create opportunities for professionals to create sustainable change in their workplaces and communities. ISI also serves as an incubator for Fielding programs; the university’s successful Evidence Based Coaching program was born out of the ISI in 2005.

The ISI Fellows program for Fielding alumni provides IRB and grant seeking support, jointly sponsored continuing education offerings through alumni consulting businesses, expanded library access, and membership in the Alumni Association. In these and other ways, Fielding engages with alumni to further their professional accomplishments. Applications are solicited annually in March.