by Orlando Taylor, PhD
Distinguished Senior Advisor to the President,
and Director of the Marie Fielder Center for Democracy, Leadership, and Education

The origin of the phrase “A rising tide lifts all boats” is often—and incorrectly—attributed to John F Kennedy in a speech he made in 1963 in support of a dam project. The aphorism, or a version thereof, has been around for centuries in the Chinese language.

Regardless of the source, the phrase is most appropriate to remember during Women’s History Month since many of the enormous accomplishments and contributions of women of diverse races, cultures, and nations have lifted the boats for all people and societies. Yes, gender equality benefits women. International Women’s Day, March 8, celebrates women and serves as a platform to advocate for women’s equality. I argue that we need to celebrate women every month, every day!

As a man who has worked his entire professional career in environments with a strong presence of women—and often under the supervision of a woman—I can say unequivocally that I have acquired much broader and more authentic perspectives into my academic disciplinary interests and in my professional journeys by having had the benefit of women’s views and perspectives. For these reasons—and many others—I believe that Women’s History Month and International Women’s Day should be a time when we proclaim that women’s accomplishments and their empowerment benefits everyone! I urge all men to recognize and commit to being an ally in the fight to eliminate gender-based stereotypes and barriers against women. Exclusion, marginalization, inequitable treatment, and negative stereotyping of women hurt each of us – not just women!

One of the goals of a university is to seek, preserve and disseminate Truth. It is undoubtedly the case that ultimate truth can only be obtained as a collectivity of truths perceived through the lenses of those who discover, record, and sustain it. Thus, male-centric truth cannot possibly be the whole truth, even less when it is limited to White male truth or Western truth. Moreover, the advancement of knowledge—and ultimately humankind—is enhanced in educational environments where ideas, perspectives, and methodologies used to seek truth are not limited by gender inequity. For example, in the health and biological science fields, we have learned more about the human body and health disparities in recent decades due to more women entering these fields. 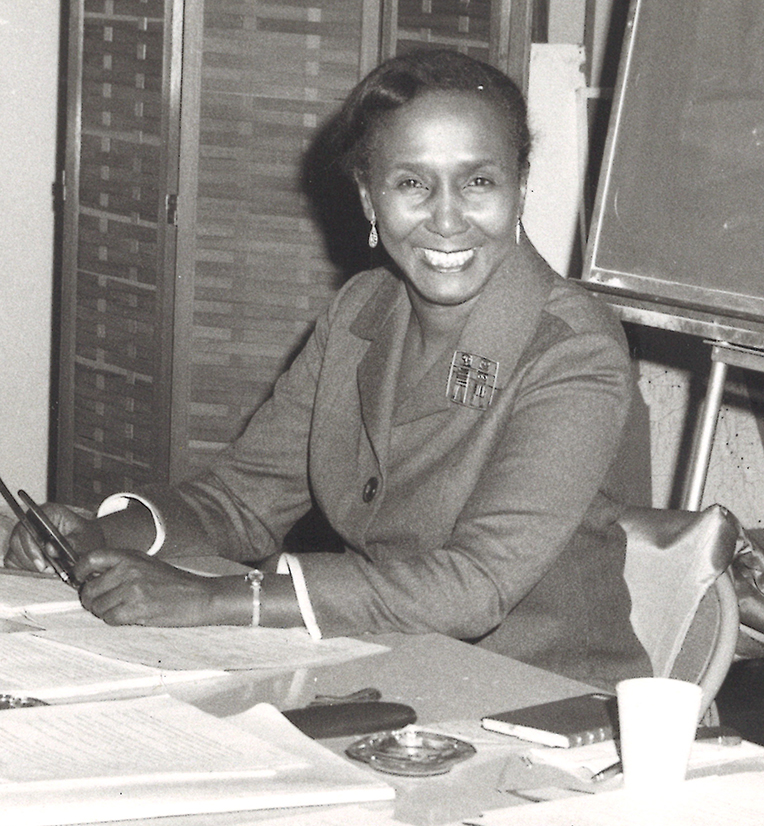 As I reflect on the theme of this year’s International Women’s Day—Break the Bias, I think of an outstanding woman leader, Dr. Marie Fielder. She was a founding faculty member at Fielding. To honor her legacy, we have established the Marie Fielder Center for Democracy, Leadership, and Education in her honor. She dedicated her life to advancing gender and racial equity in society. For example, in her fight for public school integration in Berkeley, California, in the 1960s, she advocated for Black children to be bused to predominately white schools to receive their education and the reverse for White children. Her belief, correctly, was that both groups of children benefitted from having opportunities to study and learn in an environment different from the one they were accustomed to. In short, school integration benefited both Black and White children – just as gender equality is a benefit for persons of all gender categories. Professor Emerita Patricia Guerin of the University of Michigan, a recipient of the Marie Fielder Medal for Social Transformation, found similar results in her work.

Join me in celebrating International Women’s Day, participating #BreaktheBias campaign, and honoring women and their work every day. Fielding’s Annual Call across the Globe is on March 11, and we have dedicated this year’s presentation to women’s leadership. I hope to see you there!