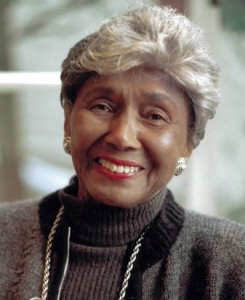 On January 15, 2016, Fielding Graduate University will launch its brand new Marie Fielder Center for Democracy, Leadership, and Education, a multidisciplinary research and advocacy center that will advance diversity and inclusion throughout society. It honors the life and legacy of the late Marie Fielder, PhD, a brilliant and influential African American educator and champion for social justice, who was a member of Fielding’s founding family in the 1970s.

The Center aims to become a significant national entity for advancing public discourse and advocacy on social democracy, leadership and especially education—K-12 through university.

“Social and ecological justice has resided at the cornerstone of Fielding’s mission since its founding in 1974,” says Katrina Rogers, PhD, president of Fielding. “Among its earliest leaders was Dr. Marie Fielder, who lived her life in pursuit of justice and inclusion of all people in all aspects of civic life.

Through the Marie Fielder Center, Fielding reaffirms its commitment to conducting the research, providing the public and academic education, and engaging in the advocacy in diverse communities that is required to ensure the notion that while ‘the arc of the moral universe is long, it bends toward justice.’”

At the launch event during Winter Session, Fielding will also present the inaugural Marie Fielder medal to Walter Bumphus, PhD, President and CEO of the American Association of Community Colleges.