Fielding President Katrina S. Rogers, Ph.D., and Keystone leadership are hosting a seminar titled, Developing Leadership Skills in Advancing Sustainable Development for Chinese Business Leaders in the Face of a BANI World. The event is part of the Professional Development: Success through Synergy Symposium sponsored by the Fielding Alumni Association. The event will take place on Monday, Nov. 21, 2022, 5:00 p.m. – 7:00 p.m. PDT | Tuesday, Nov. 22, 2022, 8:00 a.m. – 10:00 a.m. CST (UTC +8). The seminar is free and open to the public.

With a population of more than 1.4 billion, China is increasingly playing an important and influential global role. Twenty years after joining the World Trade Organization (WTO), it has grown into the world’s second-largest economy, the leading trader in goods, and the largest destination for foreign investment. In the last two decades, China has contributed an average of nearly 30 percent to global growth annually and has been the major engine of the world’s economic growth.

Business leaders who work in China, whether they are Chinese or not, are vital stakeholders in the global community. With these leaders’ many successes, they also face significant challenges in today’s BANI (Brittle, Anxious, Non-linear, and Incomprehensible) world. As such, these business leaders are of great interest to scholar-practitioners in the human and organizational development field. Advancing their skills for sustainable development is vital to their well-being and sustainability in China and the world.

The session will be moderated by John. R. Ruffin, Ph.D. 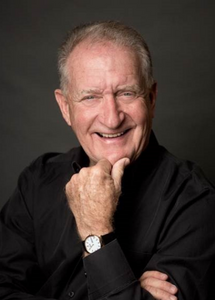 John R. Ruffin, Ph.D., has been an organization development consultant for more than 40 years, advising senior executives and their teams, from a wide range of federal government agencies to Fortune 100 corporations, in strategic planning, culture dynamics and change, and performance systems development. John has been acknowledged by his clients for his ability to identify at all levels within organizations and his dexterity in facilitating large organizational gatherings and conferences. In recent years, John has given particular attention to the development of Bohm-inspired Dialogue as a powerful communications alternative to the often debate-laden discussions that we face in a continually polarized society. He is a co-founder of The Climate Dialogue Group. John is a graduate of the doctoral program in Human and Organization Development at the Fielding Graduate University. He has written extensively during his doctoral research on the challenge of organizational founders for working in collaboration with their boards of directors, and the phenomena of “Founder’s Syndrome.” John hails from Virginia and lives in Santa Barbara, CA. 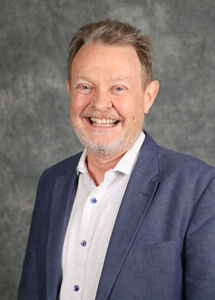 David Blake Willis, Ph.D., is a professor of anthropology and education in the School of Leadership Studies at Fielding Graduate University. He taught anthropology and sociology at Soai Buddhist University, Osaka, Japan, from 1986-2009. From 2006-2007, he taught classes and did research at the Nissan Institute and St. Antony’s College as a Senior Associate Member at the University of Oxford. His publications include “Reimagining Japanese Education: Borders, Transfers, Circulations, and the Comparative” (Oxford Series in Comparative Education, Symposium, 2011), with Jeremy Rappleye; “Transcultural Japan: At the Borders of Race, Gender, and Identity,” with Stephen Murphy-Shigematsu (Routledge, 2007); and “Japanese Education in Transition 2001: Radical Perspectives on Cultural and Political Transformation” (Shannon, Flinders University, 2002), with Satoshi Yamamura. His research and writing concerns human development and education over the lifespan in transnational contexts, the creolization of cultures, social justice, comparative education, citizenship, international schools, transcultural communities, transnational diaspora, Creoles, transformative adult education, aging in cross-cultural perspective, and Dalit liberation movements in South India. 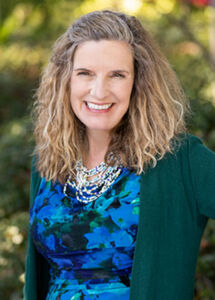 Katrina S. Rogers, Ph.D., is the 7th president of Fielding Graduate University in Santa Barbara, CA, a distinguished graduate school known for adult learners in the fields of clinical psychology, human talent and development, organizational leadership, and education. In the course of her career, she has served the international non-governmental and educational sectors in many roles, including executive, board member, and teacher. She led the European campus for Thunderbird School of Global Management in Geneva, Switzerland for a decade, working with international organizations such as the Red Cross, World Trade Organization, United Nations Development Program, and the European Union. She also developed externships for students at several companies, including Renault, Nestle, and EuroDisney (now Disneyland Paris). She has doctorates in political science and history. In addition to many articles and books focused on organizational leadership in sustainability, Rogers serves on the Boards of the Toda Institute for Global Policy & Peace Research and the Public Dialogue Consortium. She received a Presidential postdoctoral fellowship from the Humboldt Foundation and was a Fulbright scholar to Germany where she taught environmental politics and history. She is currently studying environmental values among leaders responsible for improving sustainability practices in their organizations. 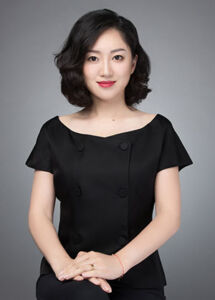 Ms. Amanda Shang serves as the Chairman of the Board of Keystone Group (Shanghai) Inc. She holds a master’s degree from Sheffield Hallam University in the United Kingdom and has worked in the world’s top 500 enterprises, engaged in marketing and sales management positions for more than a decade. In recent years, she has been involved in management, leadership coaching, and consulting.

Ms. Shang has rich practical experience and insights on corporate marketing and performance improvement. She has been tirelessly pursuing and exploring the field of human resources development for many years and has a deep understanding of corporate management and leadership development. 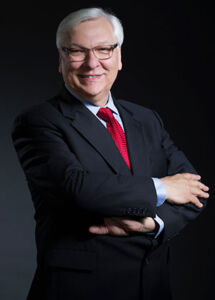 James Warner, Ph.D., serves as an Academic Advisor at Keystone Group. Dr. Warner is a seasoned business leader and executive coach with more than thirty years of leadership experience. He has focused much of his career on developing leaders who can successfully lead in an increasingly globalized business environment. As a coach, Dr. Warner believes all people have potential that can be unlocked. Using a collaborative approach, he helps executives identify goals and motivation, then guides the creation of a plan to achieve the most important and lasting change in the shortest amount of time.

Dr. Warner has worked with country and regional level GMs, Managing Directors and CEOs of Fortune 100 companies and their direct reports in China, Hong Kong, India, and Singapore. This is overlaid on strong interpersonal skills, cultural sensitivity, and degrees in economics and business administration to provide practical, results-based organizational consulting, and executive coaching. 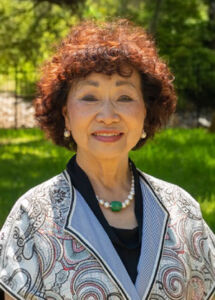 Marjorie Woo, Ph.D, MCC, is Board Director of the International Coaching Federation, and founder of Keystone Group (Shanghai) Inc., a coaching service pioneer in China and Asia dedicated to the development of coaches and the coaching profession. 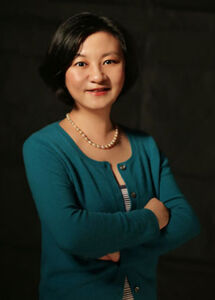 Tianran Yin, Ph.D., is a Board Director at Keystone Group. She is an Expert of Cross-culture leadership development and Change Management. She holds a Ph.D. in management from the French National Centre for Scientific Research (CNRS) and was a recipient of Eiffel Excellence Scholarships by the French Government.

Dr. Yin has 20 years of professional experience in cooperation with Fortune 500 companies and top local firms in different industries. She was Assistant Professor of EMLYON and Director of joint Master Programs. She is currently the thesis supervisor of EMBA & DBA programs. Business cases have been published at ECCH and Harvard Business Review. She translated Immunity to Change into Chinese. She is also a contributing author to Leadership Coaching in China.

About the Author: David Mallen