No manual provided for children of immigrants’ children 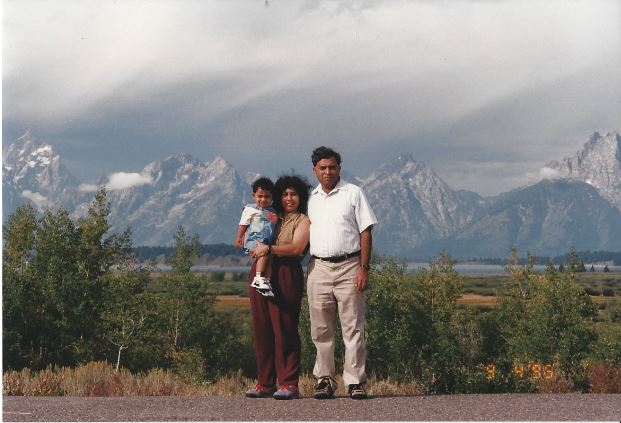 Sam and his parents in the Sierras

Children of immigrants in America have it easy. Their parents do all the heavy lifting and leave them with a cushy life. They don’t have to look up cultural references while watching Friends, meander through the pronunciational inconsistencies of English, or pretend to like store-bought mayonnaise.

But what about the children of immigrants’ kids? That story – my story – is more confusing. 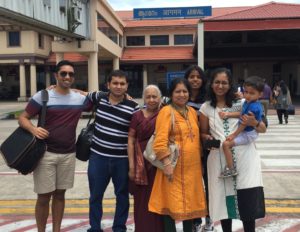 Sam and his mother’s family in Cochin, India

I never thought of myself as Indian until I was rudely notified that I did not make the cut. Of course, I knew my parents had Indian heritage, but it wasn’t the focus of our relationship. We wouldn’t gather around the dinner table each night and take turns professing our Indian-ness.

And yet, throughout my childhood, I was forced to reconcile people’s perceptions of me and how I saw myself. As with any immigrant descendant, my story starts with those who came before me.

My great-grandparents on both sides of my family were expatriates from India. My mother’s side immigrated to the United Kingdom and eventually settled in Switzerland. My father’s family arrived in the United States and made Manhattan their home.

My parents sought to steep me in their parents’ culture by enrolling me in a Sunday school program that taught Indian heritage to the children of expatriates. 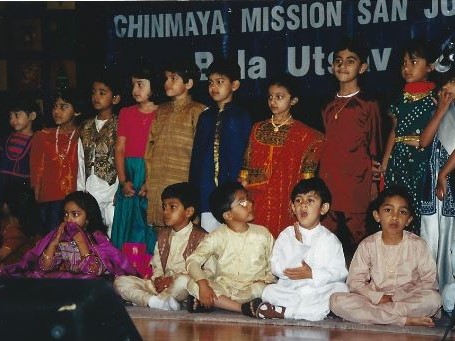 From the very first day of classes, I quickly discovered our family was not the typical Indian-American household. While my peers chatted excitedly about the latest Bollywood film they had seen, I quietly recalled our family movie night from the day before, when we watched the entire Dollars Trilogy in one sitting. As they debated who the better “Khan” was, I thought of my parents’ obsession with anything Spencer Tracey and Katherine Hepburn had starred in. And while my classmates shared the latest Hindi music with each other, I grimaced remembering my dad’s infatuation with Shania Twain –  the only woman he was allowed to leave my mom for.

Eventually, someone asked my opinion on a popular Bollywood film in a transparent effort to include me. I stammered my way through a non-answer, but it proved unconvincing. My previous silence over the weeks had already betrayed me. Everyone knew I had no idea what I was talking about, which led one astute observer to ask, “You’re not really Indian, are you?” 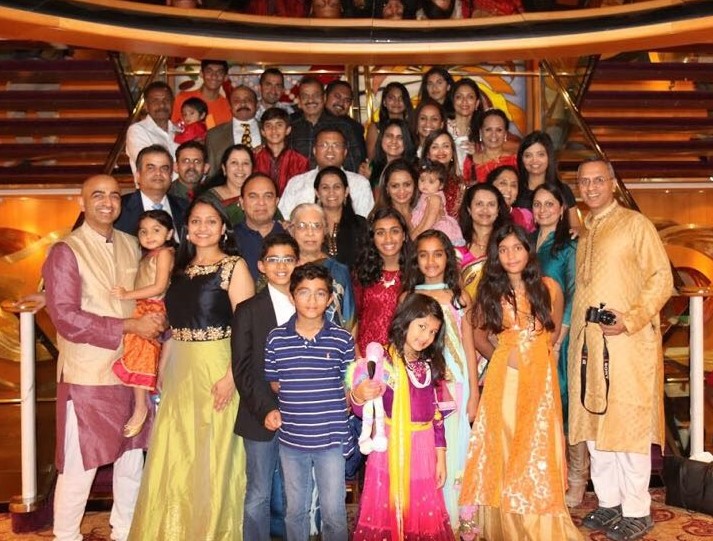 Up until that moment, it had never been my mission to be “Indian.” But did the choice have to be so black and white? What if someday, down the road, I wanted to add Indian to my identity. Would it matter that I did not know which state in India my family came from? Would there be a strike against me for not keeping abreast of Indian current events? Or are these musings irrelevant since the outside world would only ever see me as “Indian?”

Over three generations, my family has grappled with these questions and concluded with our own blended cultural identity. We learned to embrace the traditions of our new home while maintaining our ancestral culture. We celebrate the Hindu lunar new year in April, and American Independence Day in July. We light lamps in November for Diwali, and trim the spruce tree in December for Christmas. 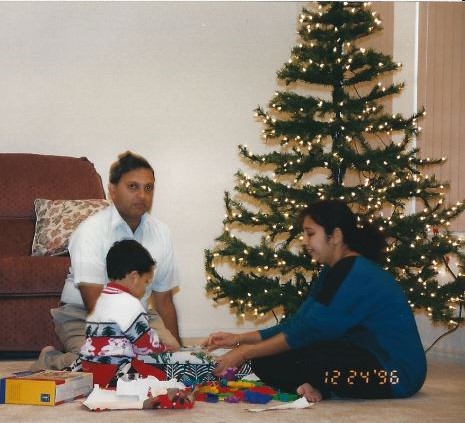 Sam and family celebrating Christmas in 1999

I am still unable to place my family in a clear-cut category.

When filling out forms and asked to check a box for my race, I tick off the sub-category “Indian” under the “Asian” umbrella without hesitation. But as I spend time with my mother’s and father’s families, I find myself surrounded by people who don’t fit the typical portrait of an Indian family. Instead, I feel a deep sense of pride to be part of a family that has abandoned all conventions to pursue an unfettered life, while still celebrating the cultural roots my great-grandparents’ established for us to thrive.