We all must be called to action–not only black people. 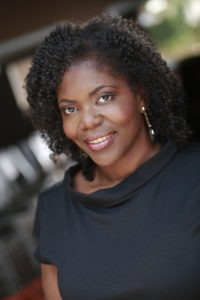 Celebrating Dr. Martin Luther King, Jr. Day in 2021 comes nearly 2 weeks after the attack on the U.S. Capitol. The attack occurred during the confirmation of an election that was the direct result of Dr. King and others who made it their life’s work or gave their lives, like Dr. King. If equality was Dr. King’s mission, then in the 21st century, the next phase of his vision is the pursuit of equity. Those that have benefited from centuries-long institutions of racism and systemic oppression must now resolve to become part of the dissolution of such systems. Regardless of beneficence for those that are afforded the minimal experience of oppression or racism, it is everyone’s responsibility to create an impetus of overdue change.

2020 presented unfathomable and unprecedented tragedies of epic proportions that affected every echelon of society and every nation on this planet. Specifically in the United States, Americans battled biological combatants and racism in ways that politicized our humanity. For Black or African Americans, the wars were bifurcated between finding means to survive a global pandemic and to survive being Black in the United States.

The new Renaissance of the Civil Rights Movement reoccurring amidst the deaths of Ahmaud Arbery, Breonna Taylor, and George Floyd within a matter of weeks of each other’s demise triggered a call to reevaluate what is cultural sensitivity and equity and do we as humans to be tolerable and complicit to hate and violence perpetrated on individuals based on specific phenotypic physiological traits.

The field of psychology comprises unique intersections of anthropology, evolution, neuroscience, in addition to exploring the duality of the human mind.  As psychologists and psychologists-in-training, we must consider it our duty to not only educate our patients and peers on the aspects of privilege, racism, and oppression when such instances occur. We must also treat such events as the critical moments they are. For every microaggressive statement, overt racism, and acts of discrimination that we ignore, we are facilitating and enabling such atrocities to fester and augment into perpetuity. Much like Dr. King’s mission, we all must be called to action–not only black people.

Tahlia Bragg is a fifth-year student in the Clinical Psychology program at Fielding Graduate University. As a founding member and inaugural president of the Black Student Association, she has guided the organization into creating the Diversity and Inclusion Speaker Series at summer sessions, expanding interdisciplinary membership, and campaigning for the establishment of the Dr. Stephen Ruffins Memorial Scholarship for Clinical Psychology students. With nearly 20 years of research experience, she has contributed to multiple research projects at Fielding including examining racial microaggressions in Black clinicians and trainees in the Everything is Us Laboratory (Lab Director: Dr. April Harris-Britt) and investigating fatigue in Air Medical personnel (Principal Investigator: Jennifer Nosker). Tahlia is a domestic and international presenter on topics including disparities in Black mental health, corporate psychopathy among others. She is a Licensed Professional Counselor in the state of Oklahoma. Currently, she is the Student Leader for Dallas ProSem under the leadership of Dr. Marti Kranzberg.