What is coaching supervision? 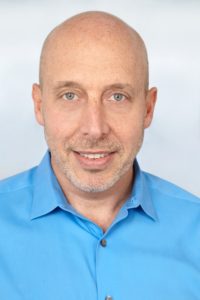 My interest in Coaching Supervision started when I was a Board Member of the International Coach Federation (ICF). The European Mentor and Coaching Council (EMCC) established Coaching Supervision as a mandatory practice for all coaches to renew the credentials and ICF wanted to have a position about it. Since I was the Global President I decided to take the first Coaching Supervision Certification offered in the US in 2013 and I followed in love with it.  In 2016, I started offering a virtual  certification in Spanish to help Latin American coaches to access this valuable resource.

As coaching has continued to grow in popularity, coaching practice, and what’s considered good practice, has also been evolving, all be it at different rates in different continents. Coaching supervision is one example, it has a significant role to play as the profession of coaching continues to mature.

Coaching supervision, or as I prefer to describe it, ‘super-vision,’ can provide a reflective space for coach practitioners to reflect and learn from their own practice. For experienced coaches as well as for new coaches,  it offers the opportunity to explore issues, think through dilemmas, manage emotions and personal barriers, and engage in meta-learning, drawing from individual cases.

The development of coaching super-vision, however, has been diverse. In some continents, such as Europe and specifically in countries like the UK, France, and Germany, super-vision is well understood as a coach developmental tool, widely practiced and well respected. In other parts of the world, such as the Americas and Asia, there are lower levels of engagement and understanding.

In my experience with colleagues in the US and Latin America, there is general ignorance about coaching supervision and how it works. As a result, many coaches do not engage in supervision, or they believe supervision is unnecessary. Coaching supervision is often misinterpreted as a ‘quality evaluative practice,’ a ‘management role,’ or an ‘overseeing’ of tasks, rather than as a collaborative developmental opportunity, which offers value to all coaches, from novices to the most experienced

Super-vision offers the possibility of having a ‘vision’ from a distance, accessing different views as a result of that distance and in effect providing space for an overview or helicopter perspective of the work taking place in the coaching dyad.

If you are interested in learning more about supervision you can go to my website, there is a video that explains coaching Supervision and links to resources from ICF and EMCC  at https://goldvargconsulting.com/executive-coaching/coaching-supervision-certification/

Two years ago, I developed with Lily Seto the Americas Supervision Network and we offer free monthly sessions. If you are interested in attending you can visit the website at: http://americassupervisionnetwork.com/

This session will define Coaching Supervision, explain the Seven Eyed Model from Dr. Peter Hawkins and invite participants to reflect on their coaching practices by choosing a current client and answering questions they will allow them to bring new insights about how they show up as coaches and what interventions may be appropriate in the future.

Dr. Damian Goldvarg has thirty years of experience providing executive coaching, leadership training, and facilitation in over fifty countries. He is a Master Certified Coach and received his PhD in Organizational Psychology from Alliant University. He is an Accredited Coach Supervisor (ESIA) and facilitates certifications in Professional Coaching, Mentor Coaching, and Coaching Supervision. He was the 2013-2014 ICF Global President. Damian published three books on Coaching and several book chapters and received the Circle of Distinction award from ICF for his global contribution to the coaching profession.